The American Railway Engineering and Maintenance-of-Way Association (AREMA) held its annual conference and exhibition Aug. 28-31 in Orlando, Fla. The number of attendees exceeded 3,000, including rail industry constituents from 25 countries not including the United States, according to AREMA.

By many measures, the event appeared to be a success, said AREMA President and Chairman Brian Lindamood during the opening general session on the morning of Aug. 29. For example, the exhibition sold out, he said.

To view some images depicting the event’s highlights and activities, scroll though the following photo gallery. 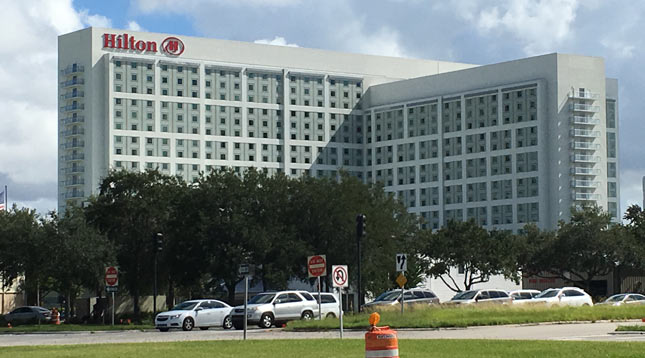 The event was held at the Hilton Orlando Hotel near Seaworld and the city’s large convention center. 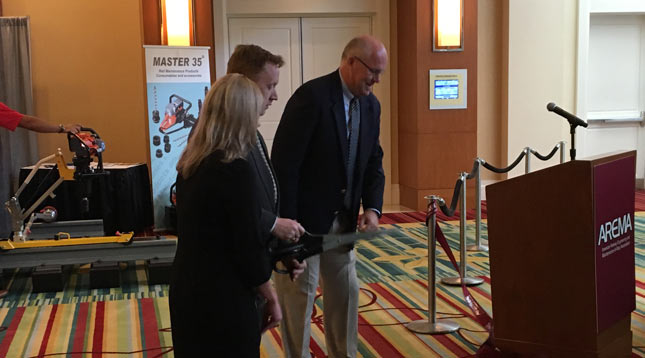 On Aug. 28, (from left to right) AREMA Executive Director/CEO and Corporate Secretary Beth Caruso, President/Chairman Brian Lindamood and Senior Vice President David Becker cut a ribbon to officially open the exhibit hall in the Hilton’s lower level. Lindamood is director of capital projects for the Alaska Railroad Corp. and Becker is chief engineer of design and construction for Norfolk Southern Corp. 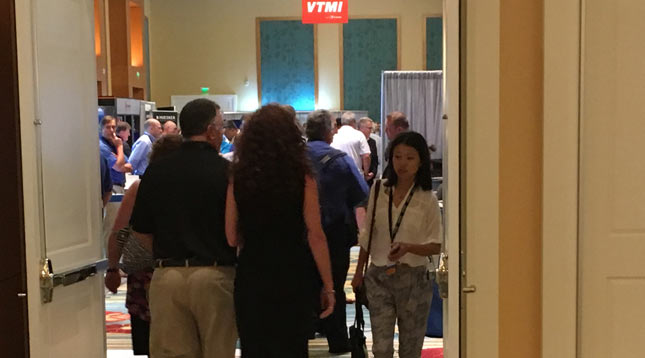 Many attendees headed for the exhibits after the noon opening that Sunday. 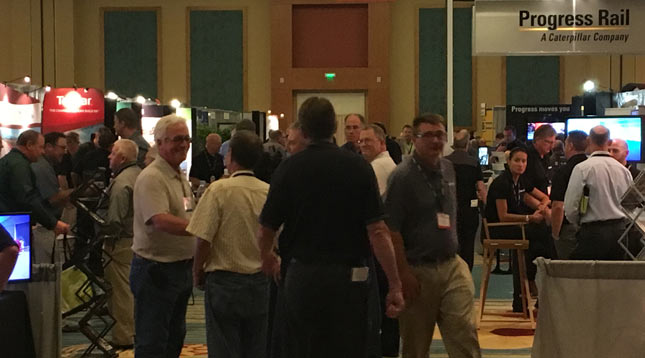 The exhibition included more than 200 booths. 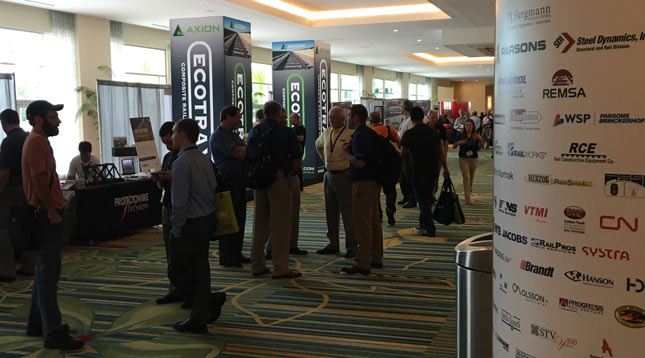 In addition to filling up a main hall, booths were positioned along two main corridors and in one smaller exhibition room. 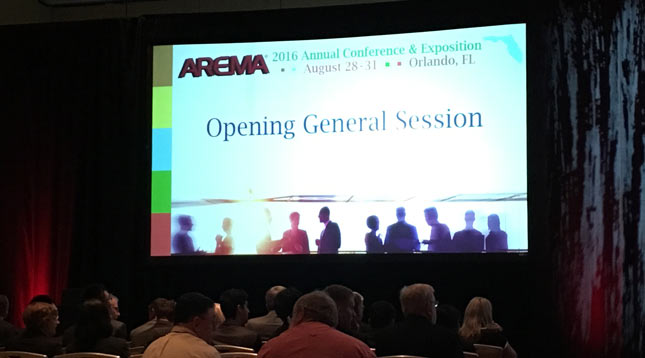 From early morning until early afternoon on Aug. 29, AREMA held its opening general session, which included a keynote speaker, several award announcements and six presentations on specific projects, including the expansion of NS’ Rutherford Intermodal Facility near Harrisburg, Pa. 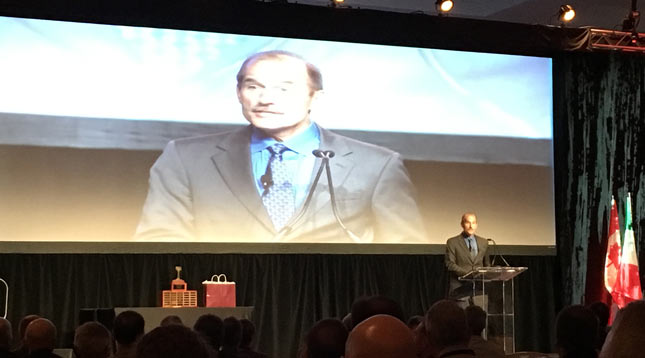 The keynoter was Jeff Skiles, who was the co-pilot of U.S. Airways Flight 1549 that made an emergency landing in the Hudson River near Manhattan, N.Y., on Jan. 15, 2009. Known as the “Miracle on the Hudson,” the landing is the subject of a movie titled “Sully” that opened nationwide on Sept. 9. The incident was caused by “cascading failures” in the aircraft after the jet collided with a large flock of Canadian geese and lost power in both engines, said Skiles. The landing now is used as a valuable training tool, he said. 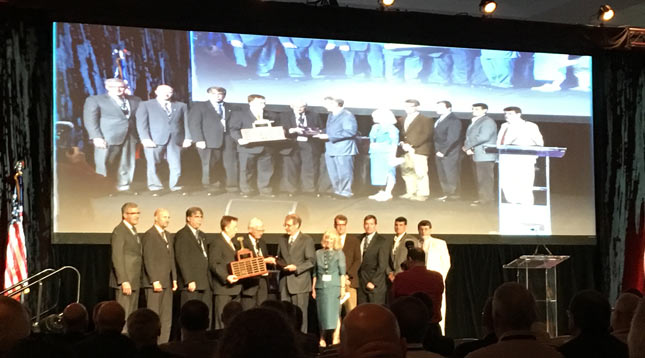 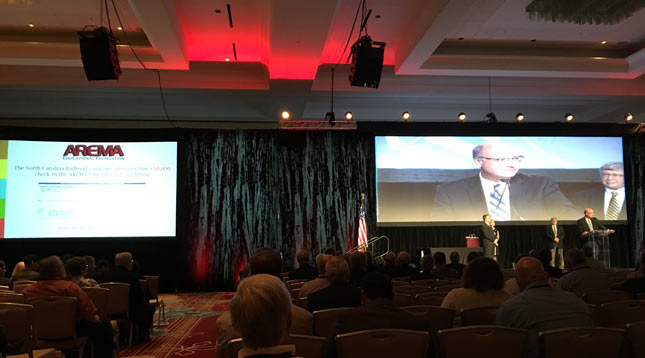 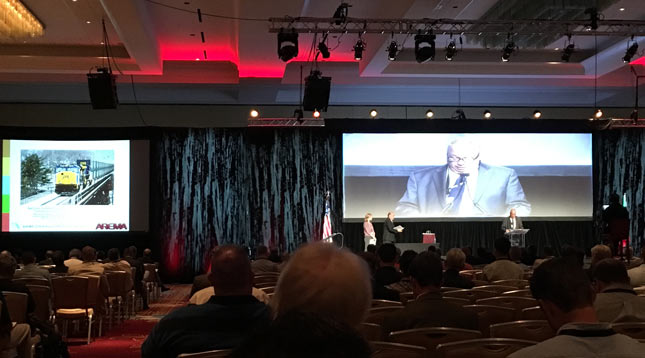 One of the project presentations during the opening session focused on advancing a fast-tracked separation project between SEPTA and CSX. Two SEPTA executives talked about the project, which involved the physical separation of CSX freight and SEPTA passenger operations on the West Trenton regional line to help clear the way for the agency to fully implement PTC on the route. 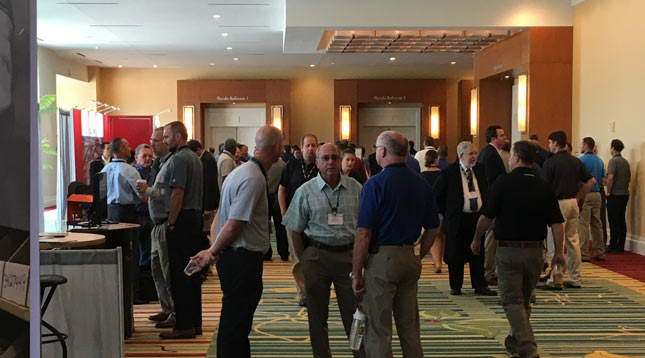 During breaks in the general sessions and breakout sessions held Aug. 29-31, many attendees seized the opportunities to network with colleagues and friends. 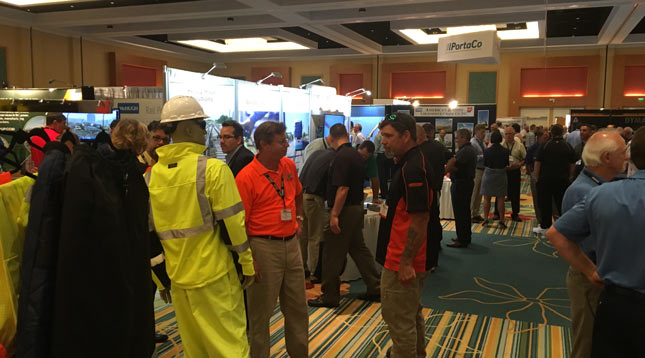 Attendance in the exhibit hall grew steadily the afternoon of Aug. 29. Lunch served in the large hall helped drive attendance, as did interest in the products and services on display. 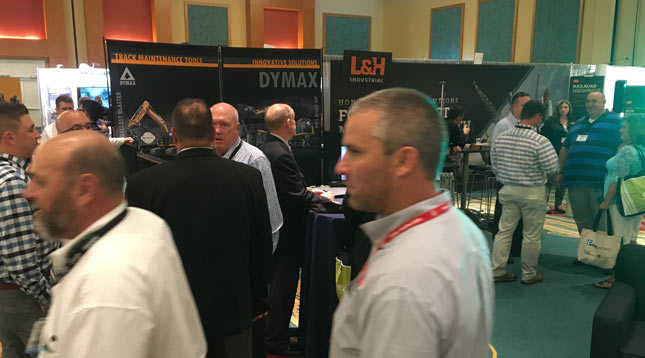 There were many discussions — and lots of hustle and bustle — apparent throughout the exhibition. 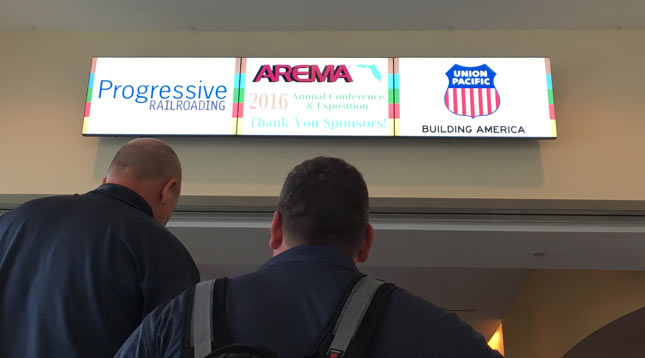 AREMA positioned many signs throughout the Hilton that thanked the event’s more than 60 sponsors. Shown: An electronic sign continually flashed sponsors’ logos every 30 seconds or so, including Progressive Railroading and Union Pacific Railroad. 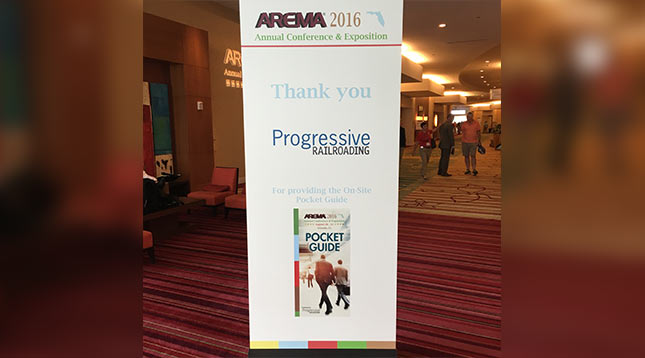 AREMA also posted a sign to give Progressive Railroading props for publishing the event’s Pocket Guide, which provided information on the conference’s schedule, contents and organizers. 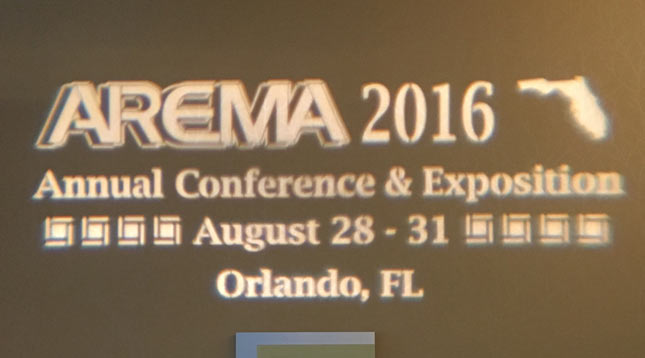 Next year, AREMA again will skip its own conference and exhibition to participate in the fourth biennial Railway Interchange. To be held Sept. 17-20, 2017 in Indianapolis, Railway Interchange will include technical and educational sessions hosted by AREMA and the Coordinated Mechanical Associations, and a large exhibition hosted by the Railway Supply Institute, Railway Engineering-Maintenance Suppliers Association and Railway Systems Suppliers Inc.