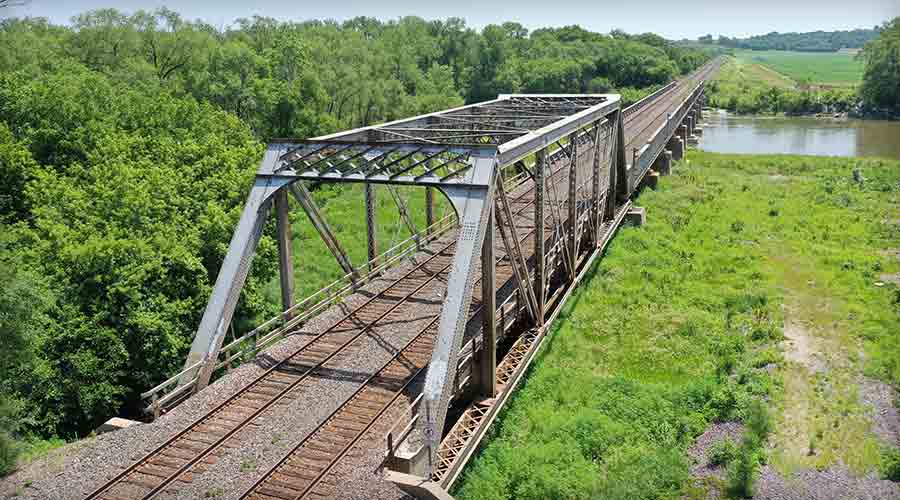 All photos by Julie Sneider 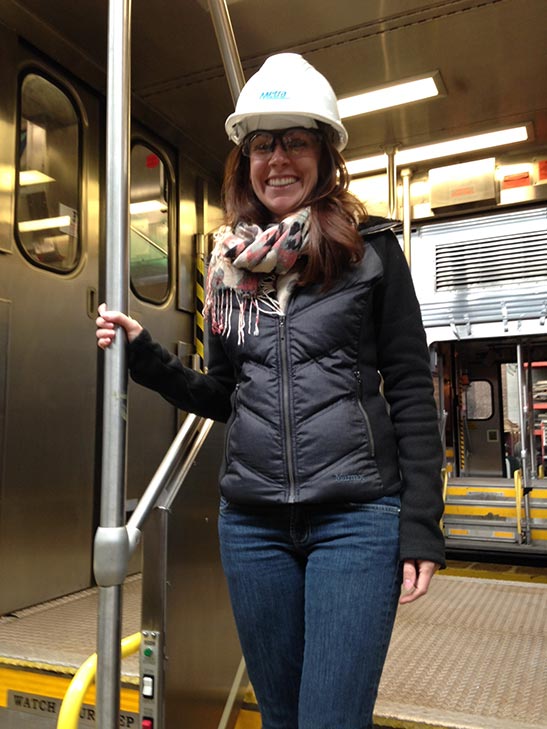 Chicago commuter railroad Metra's 49th Street Car Shop has been using a "multistation manufacturing" model to rehab rail cars since 2010, when the agency began refurbishing its 176 Amerail cars. The $115 million project is expected to extend the cars' life by up to 15 years, says Lexie Walker, Metra's manager of capital projects. 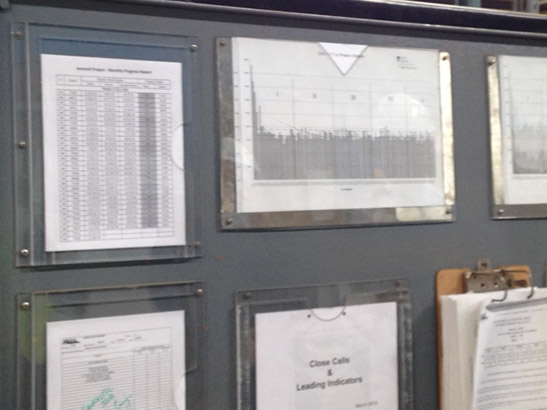 When workers enter the 49th Street shop floor, they can view this billboard posted with charts that detail when a car comes into the shop for rehabbing, all the steps taken to rebuild it, and when it leaves the shop. 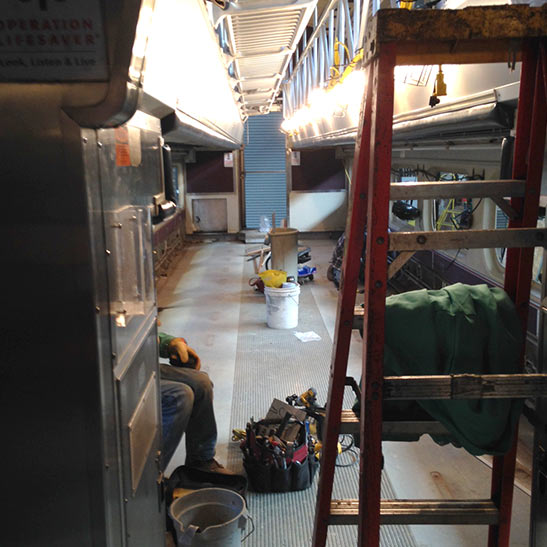 The shop's four stations are lettered by A, B, C and D. Workers are assigned tasks at each station, and the cars are moved to the next station after tasks are completed. At station A, the cars are stripped to their shell in preparation for the rehab process. 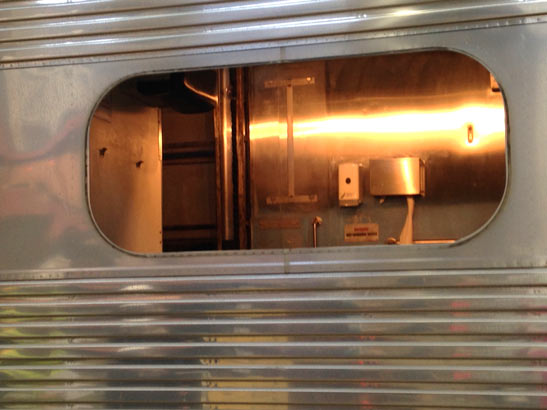 As part of the teardown at station A, workers rip out the car's flooring and remove the seats, doors, windows, bathrooms and heating system. The windows are rebuilt and reinstalled at a later step in the process. 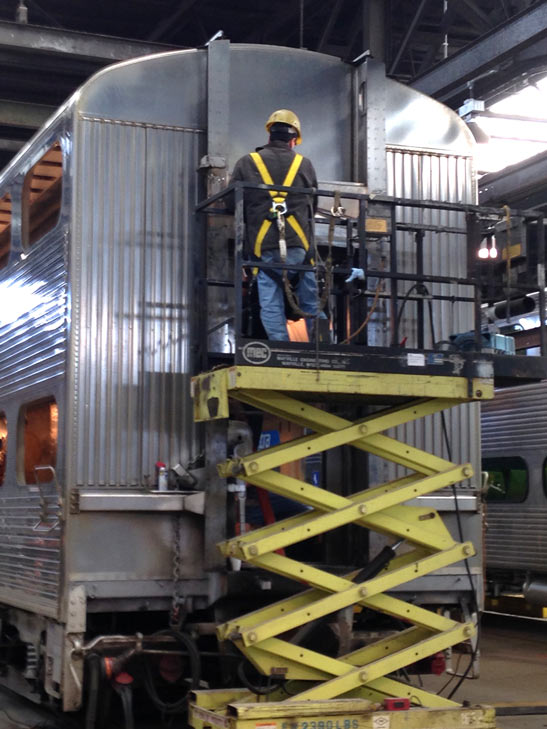 Also at station A, the metal, accordian-like diaphragm that connects two cars at their passage way is replaced with a rubber diaphragm. 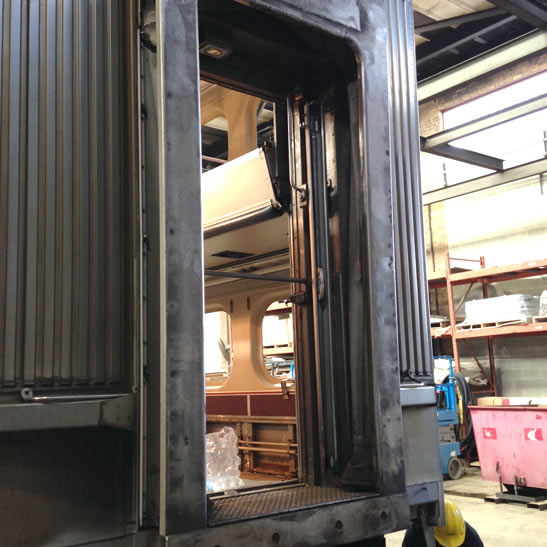 This is the diaphragm area before the new, rubber feature is installed. 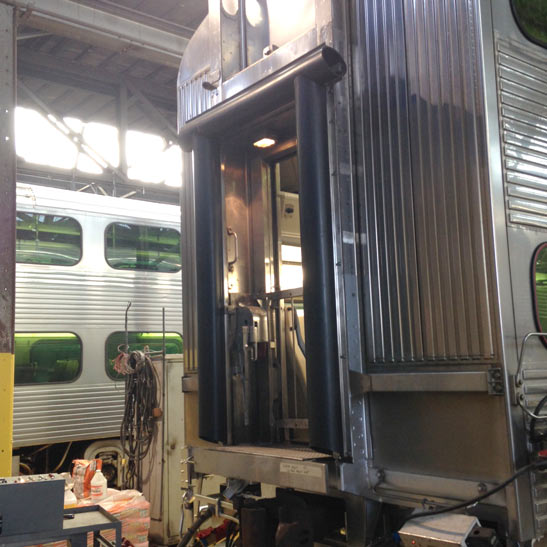 A view of a rail-car passage way (right) at station A and another car (left) with its reinstalled windows at station B. 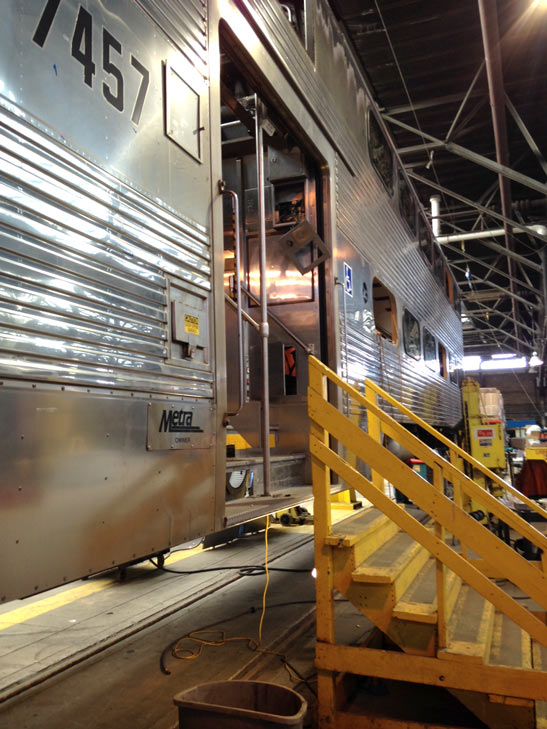 At station B, the rail car is hoisted up by a jack so crews can work underneath. 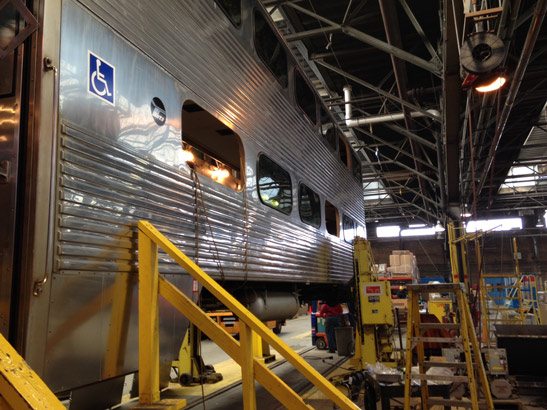 Station B is where AC units are removed and overhauled; the wheelchair lift is removed and replaced with an upgrade model; a new toilet is welded under the carriage; and much of the electrical work is completed. 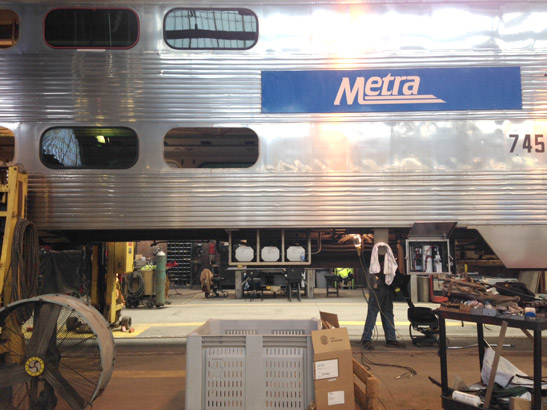 Also at station B, heating and lighting are installed, as are electrical outlets for passengers' personal use. 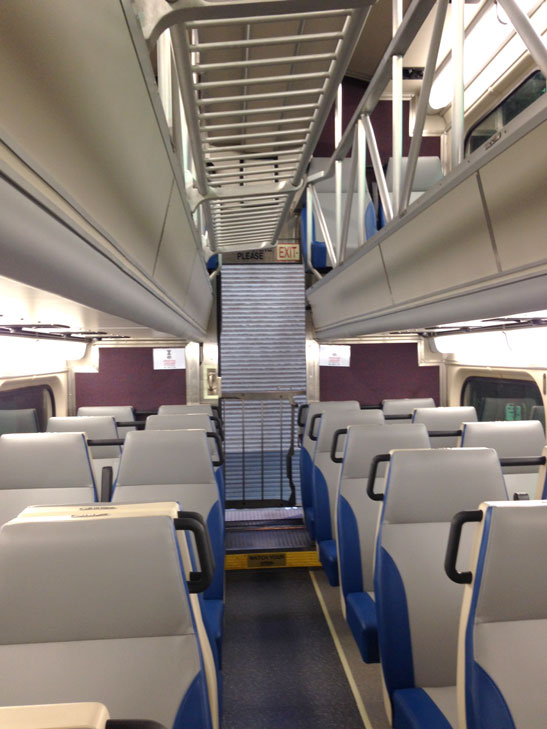 At station C, much of the interior work is completed, including installation of new seats. 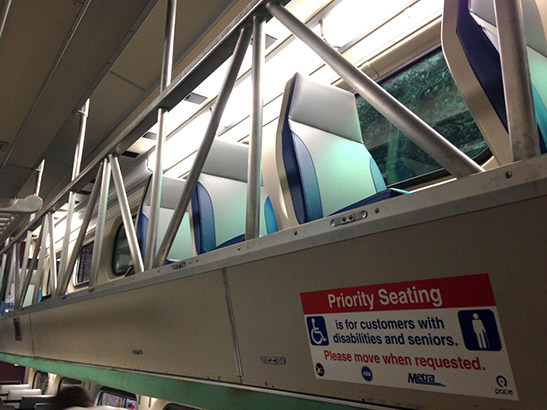 New seats are installed on the car's upper level, too, before the car is moved to station D, where everything is tested and checked for quality. If the car gets final approval from shop's quality department, the car moves to another station where PTC components are installed. From there, the car is sent back to its district for use.