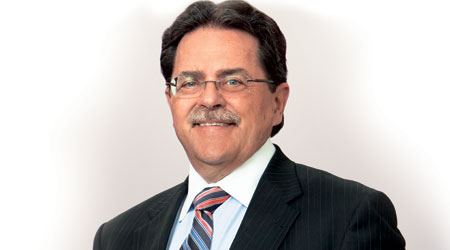 Michael Ward, who retired earlier this year as chairman and chief executive officer of CSX Corp., has been appointed to coal supplier Contura Energy Inc.'s board.

Ward spent 40 years at CSX and its predecessor company, Chessie System Inc. Most recently, he was the Class I's chairman and CEO from 2003 until his retirement. He was succeeded as CEO by E. Hunter Harrison.

In addition to Contura, Ward serves on the boards of Ashland Global Holdings Inc. and PNC Financial Services Group Inc.

Ward's appointment on Contura's board went into effect Sept. 7. He also serves on the boards of Ashland Global Holdings Inc. and PNC Financial Services Group Inc.