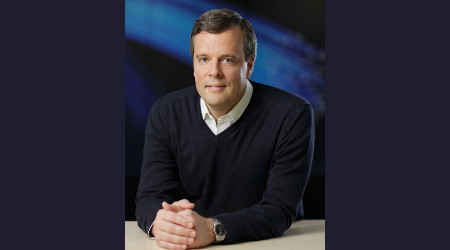 Wabtec Corp. today announced Rafael Santana will become president and chief executive officer on July 1. He will succeed Ray Betler, who will retire as a Wabtec executive and board member, and join the company's board.

A Brazil native, Santana has 25 years of commercial, product management and executive leadership experience, including more than 10 years in the transportation industry. While leading GE Transportation, he significantly expanded the company's regional footprint, and built strong overhaul and modernization capabilities through multiyear programs, Wabtec officials said in a press release.

"The selection of Rafael to succeed Ray is the culmination of a thorough CEO succession planning process that evaluated both internal and external candidates. Rafael is the right leader for this role — bringing to Wabtec a passion for operational excellence and technology, and a strong track record of growth and performance,” said Wabtec Executive Chairman Al Neupaver.

"Ray's leadership over the last 11 years at Wabtec has been extraordinary. Since joining the company, he has been an integral part of Wabtec's growth story − increasing revenues five-fold, from $1.5 billion in 2008 to more than $8 billion in 2019," said Neupaver. "Ray also has been instrumental in reshaping our global footprint, strengthening our technology leadership position and diversifying our portfolio."