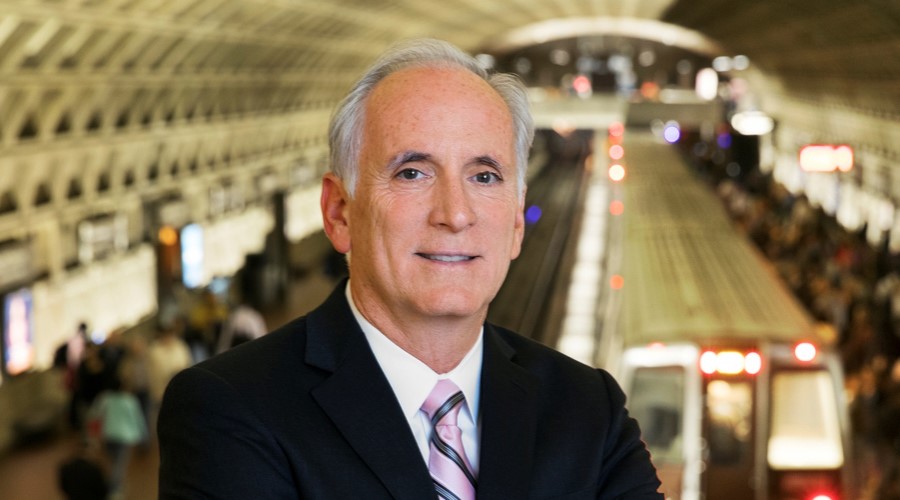 WMATA hired Wiedefeld in November 2015 during a particularly difficult time for the agency. He is credited with improving rail safety through SafeTrack, an accelerated track work plan to rehabilitate the WMATA transit system. Other major accomplishments include developing the agency’s $2 billion capital program and leading the agency through the pandemic.

Wiedefeld’s top priority has been keeping employees and riders safe during the spread of COVID-19, according to his biography on WMATA's website. He created a pandemic task force guided by medical science, and also forged labor partnerships to protect workers as well as improved disinfection processes and upgraded ventilation on rail cars.

After a low point in ridership, Wiedefeld is also credited with a ridership increase as WMATA continued to make its rail service safer and more reliable. He also secured the first dedicated capital funding in the authority’s history, provided by local, state and federal governments.

Sustainability has also been top of mind for Wiedefeld during his leadership as the agency adopted zero-emissions goals. Last year, he received the Climate & Energy Leadership Award from the Metropolitan Washington Council of Government for the agency’s work on reducing greenhouse gas emissions during its Platform Improvement Project.

Before leading WMATA, Wiedefeld was CEO of Baltimore/Washington International Thurgood Marshall Airport and CEO of the Maryland Transit Administration. He also has experience in the private sector as a consultant with an international engineering firm.

“Forty plus years in transportation teaches you that there is no set mile marker for this decision, but given the seismic shifts happening in transit and the region, [WMATA] needs a leader who can commit to several years of service and set a new course,” Wiedefeld said in a press release.

During his remaining tenure, Wiedefeld will continue to advance major priorities that include the opening of the Silver Line extension, moving WMATA’s headquarters and restoring full rail and bus service.