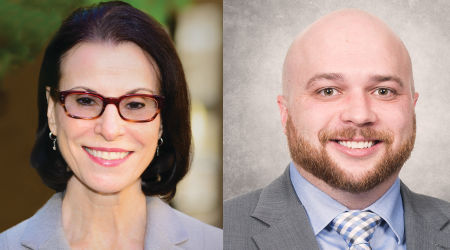 Klapp serves as vice mayor of Scottsdale, Arizona. She began her first term on the Scottsdale City Council in January 2009 and was re-elected to a second term that began in January 2013.

Meanwhile, the Valley Metro Rail board elected Christopher Glover chair. The board is composed of elected officials from five member cities that provide policy direction for rail service.

As chair, Glover aims to "maintain transparency in the planning, managing and operations of our valley's rail system," he said.