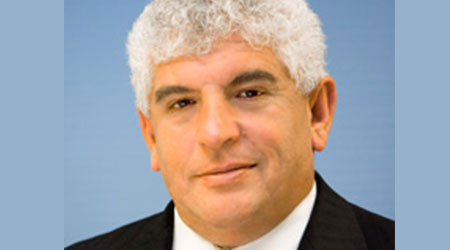 SANDAG's board chose Ikhrata, who was executive director of the Southern California Association of Governments (SCAG) the past 10 years, after a nationwide search. SCAG is the nation's largest metropolitan planning organization, covering six counties, 191 cities and 19 million people.

Ikhrata now reports to SANDAG's board, oversees a $1.3 billion annual budget and is responsible for a staff of 375 people. Former SANDAG Executive Director Gary Gallegos — who had led the agency beginning in 2001 — retired in August 2017.

"We are looking forward to working with Hasan, who has had many years of planning transportation systems for our neighbors to the north," said SANDAG Chair-Elect Steve Vaus in a press release.

Ikhrata last week attended his first SANDAG board meeting, during which members approved the creation of a steering committee to identify future transportation solutions to improve connectivity to San Diego International Airport.