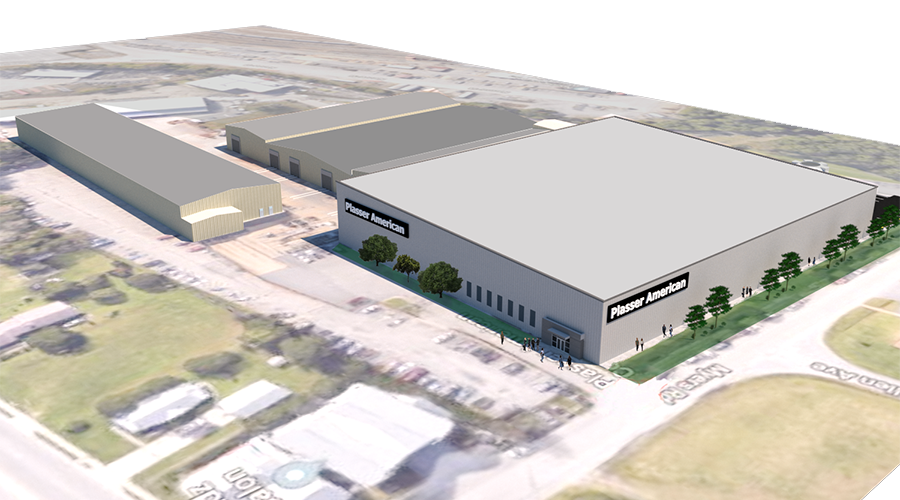 Plasser American signed a contract to increase the manufacturing capacities at its plant in Chesapeake, Virginia. The $52.6 million investment will include a new office building and an expanded assembly area with a 229,000-square-foot warehouse. The enhancements will increase output by more than 100% due to a new assembly production flow, the efficient design of the workspaces and additional employees, Plasser officials said in a press release.

Alstom will supply 49 Citadis trams to France’s Nantes Metropole for nearly $236.2 million. Seven of Alstom's 13 sites in France will be involved in the design and manufacture of the trams, including in La Rochelle, Le Creusot, Ornans, Valenciennes, Aix-en-Provence, Saint-Ouen and Villeurbanne. Meanwhile, Alstom revealed the design of the metro cars that will run on Lines 15, 16 and 17 of  Ile-de-France’s Grand Paris Express in 2024. Each metro car will be able to carry 500 passengers in its three-car version and 1,000 passengers in its six-car version. Commercial speed will be between 34 mph and 40 mph with peak speeds of up to 68 mph.

20/20 Foresight Executive Search appointed Merritt Canfield as managing director at its Chicago headquarters. Canfield will expand 20/20 Foresight’s recruiting initiatives to the rail industry. She has more than 20 years of executive search experience, including placing c-suite and executive-level positions at railroads and at other rail companies. Previously, Canfield worked at Edna Rice Executive Recruiters and other investment and private equity firms.

Transit Wireless promoted Louise Butler Golding to senior vice president of people and business operations. In this expanded role, Golding will continue to oversee human resources and operational delivery for Transit Wireless, including talent management and compensation. She also will continue to lead the company's strategy in 5G, data and advertising. In addition, she will lead project delivery and operational effectiveness strategies.