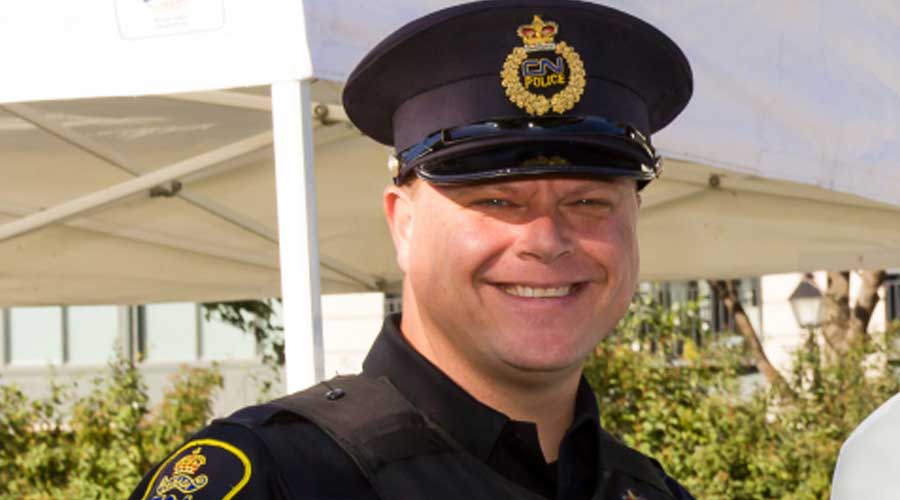 The Cyr award is presented annually during Rail Safety Week, which wrapped up yesterday. Named after the founder of OL Canada, the award recognizes a "rail safety ambassador" who goes above and beyond the call to promote rail safety, OL officials said in a press release.

LeBreux, whose father was with the CN Police for 33 years, has been volunteering for OL since he was a teenager nearly 20 years ago, said OL Canada's National Director Sarah Mayes.

"Andre works tirelessly to educate Canadians about the hazards around tracks and trains," she said. "We have no doubt that his dedication has prevented countless deaths and injuries over the years."

LeBreux started as a community safety officer with CN Police's Champlain Division in 2013. Over the past eight years, he's participated in more than 400 rail safety presentations in elementary and high schools. In 2019 alone, he took part in more than 100 OL presentations and community events in Quebec.