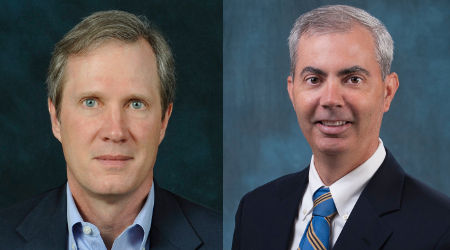 Scheib will oversee law, government relations and corporate communications, and report to Galanko. Galanko will have responsibility for human resources and labor relations, in addition to the areas reporting to Scheib, according to an NS press release.

Scheib joined NS in 2005 as general attorney and held positions of increasing responsibility in the NS law department, culminating in vice president law in 2016. Prior to joining NS, Scheib served as chief of staff and counsel to the chairman of the U.S. Surface Transportation Board and as counsel to the railroad subcommittee in the U.S. House of Representatives.

"These appointments are components of an ongoing plan to ensure that Norfolk Southern is well-represented in all facets of our business, bringing value to our shareholders, superior service to our customers, and strong relationships with all of our partners," said NS Chairman, President and Chief Executive Officer James Squires.

Scheib will be a featured speaker at this year's RailTrends conference, which is sponsored by Progressive Railroading and will be held Nov. 30-Dec. 1 in New York City.

Meanwhile, the NS board yesterday authorized the repurchase of up to an additional 50 million shares of common stock through Dec. 31, 2022.

In combination with previous share repurchase authorizations since the inception of the program in 2006, the total number of shares that may be repurchased has increased from 175 million to 225 million.