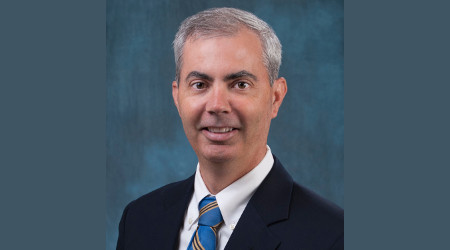 Scheib will succeed William Galanko, who will retire on the same date after 28 years with the railroad, NS officials said in a press release.

Since he joined NS as an attorney in 2005, Scheib has held positions of increasing responsibility in NS’ law department. He was named vice president law in 2016 and senior vice president law and corporate relations in 2017. In his new role, he will oversee law, government relations, corporate communications, human resources, and labor relations.

Prior to joining NS, Scheib served as chief of staff and counsel to the chairman of the U.S. Surface Transportation Board and as counsel to the railroad subcommittee in the U.S. House of Representatives.

Galanko joined NS in 1990 as a tax attorney. He was elected an officer of the company in 1999, when he was named vice president taxation. He subsequently served in several senior executive positions before being named executive vice president law and administration in 2017.

"Bill has made many contributions to the success of our company," said NS Chairman, President and Chief Executive Officer James Squires. "His leadership and insight have been invaluable to us throughout his career. John brings years of experience in law and government, both inside and outside NS, and is an ideal fit for his new role."