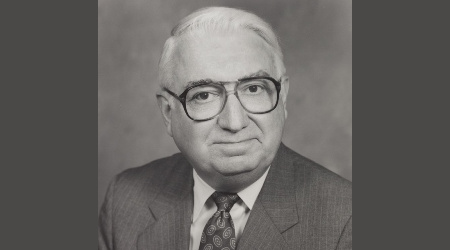 In 1978, he was selected to serve as New Jersey's commissioner of transportation, and through his leadership, NJ Transit was created on July 17, 1979. He served as the state's commissioner and NJ Transit's chairman through 1981.

During his more than five-decade career, he helped shaped "transportation policy and initiated innovative solutions for transit issues," NJ Transit officials said in a statement.

Gambaccini's career included an eight-year stint as general manager of the Southeastern Pennsylvania Transportation Authority. Before that, he served for 32 years with the Port Authority of New York and New Jersey.

While at the authority, he held senior positions overseeing the Port Authority Trans-Hudson commuter-rail system.

"Lou Gambaccini's dedication to transportation was in a class by itself," said New Jersey Gov. Philip Murphy. "He served NJ Transit with distinction and helped initiate vital transportation solutions for the people of New Jersey. He will be missed."

"He will be fondly remembered for his passionate and visionary leadership and his mentorship of so many in our industry," Skoutelas said.