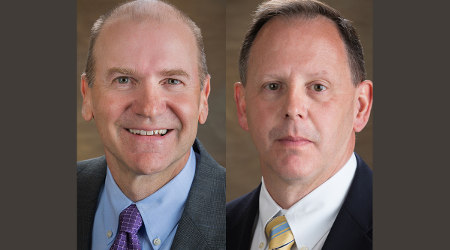 Before being named president in 2003, Walsh held a variety of positions at the regional, including executive vice president and chief financial officer. He started working for the railroad two weeks before it began operations, according to an MRL press release.

Upon his retirement, he will be succeeded by Stacy Posey, who joined MRL in 2016 as vice president of operations. Prior to joining MRL, Posey held leadership roles at CSX Corp.

"While it is difficult leaving the company after so many wonderful years, I know that it is in capable hands with Stacy at the helm, and I look forward to watching its continued success under his leadership," said Walsh.

Posey said the railroad has a "solid foundation" on which to build.

"Our focus on safety and people has never been more critical than it is today," he said. "I look forward to building on our strong track record and meeting the growth challenges that lie ahead."

The company has begun the search for Posey's successor as VP of operations.

Succeeding McHugh will be Heather Mattson, who will become VP of finance. Currently serving as director of revenue accounting, Mattson joined MRL in 2010.