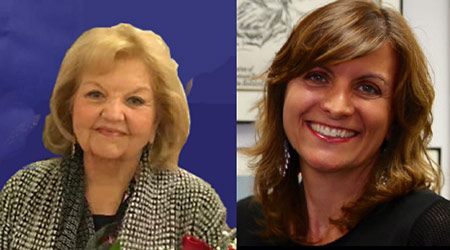 Aurichio will succeed Barbara Spector Yeninas, the executive director since 1985, who has been named senior adviser, institute officials said in a press release.

Aurichio will continue in her position as president of BSY Associates Inc., the international transportation marketing communications and special event agency founded by Yeninas in 1974.

"Lisa Aurichio has shown her ability to carry on CII's existing and future programs to meet the needs of our industry," said CII President Michael DiVirgilio in a press release.

Aurichio began her career in the early 1990s with BSY Associates where she worked for four years developing her skills in public relations and event planning. From there, she continued to build her marketing communications career, holding managerial titles at international organizations, including The Hertz Corp., Shandwick Public Relations and Calvin Klein Cosmetics.

She returned to BSY Associates in 2012. At CII, she will work in tandem with Yeninas, who remains as chairman of BSY Associates, to oversee and execute programs and projects for international trade and transportation leaders.

The CII is a nonprofit organization that promotes industry awareness and preserves the history of intermodalism.