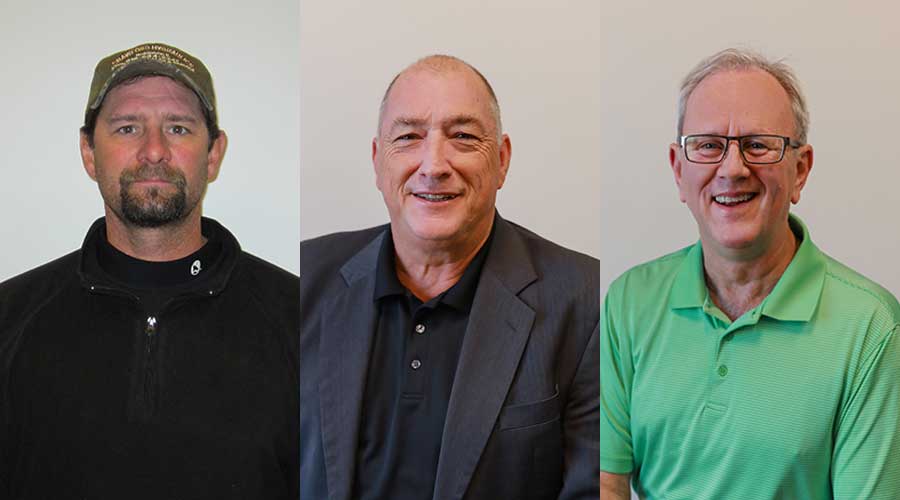 In conjunction with INRD’s intermodal expansion, Corcoran has been promoted to director of intermodal operations. In this newly formed position, he will focus on ensuring safe, efficient and reliable intermodal shipping service and positioning INRD for future growth. Corcoran joined the company in 2018 and has served as manager of business development.

To bolster a recent realignment of INRD’s engineering department, Guerrettaz is transitioning from general manager of maintenance-of-way services to director of bridges and real estate. In his new role, he will oversee the conveyance of property or rights to access property to control risk and liabilities, as well as the building, maintenance and repair of bridges. Guerrettaz joined INRD in 2014.

Meanwhile, Guyer has gained additional duties as supervisor of maintenance-of-way services. His expanded responsibilities include day-to-day MOW operations and ensuring a safety. After more than 24 years in agriculture and a stint as a propane hauler, Guyer began his career with INRD as a bridge helper in 2009 and was promoted to foreman in 2011, followed by supervisor in 2016.

"It is critical to strategically identify and utilize employees in the appropriate roles," said INRD CEO Dewayne Swindall in a press release. "We are fortunate to be able to promote and restructure from within for these key positions."