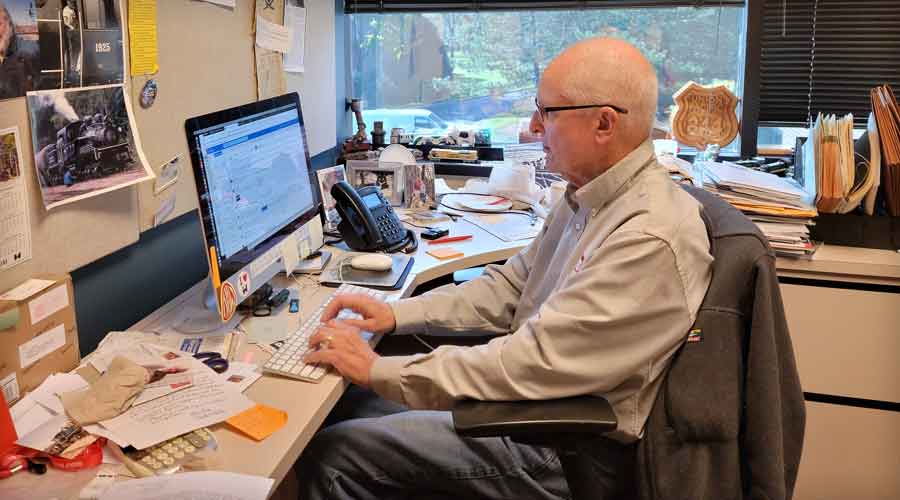 Jim Wrinn, longtime editor of Trains magazine, died yesterday at his home after a 14-month battle with pancreatic cancer. He was 61.

Wrinn began reading Trains at age 6, penned his first byline in the magazine in 1989 and joined its staff in 2004. He led the magazine for more than 17 years, overseeing numerous initiatives, including expanded online news coverage and a series of podcasts.

Wrinn was born March 21, 1961, in Franklin, N.C. He studied journalism at the University of North Carolina-Chapel Hill, where he worked for the college newspaper. After graduating, he worked at daily newspapers in Gastonia, N.C., and Fayetteville, N.C., before joining the staff at The Charlotte Observer, where he worked from 1986 to 2004 in roles ranging from regional reporter to weekend city desk editor.

He also wrote or co-authored five railroad books, including "Steam’s Camelot," a history of the steam programs of the Southern Railway and successor Norfolk Southern Railway.

Wrinn is survived by his wife, Cate Kratville-Wrinn; numerous relatives and many close friends.