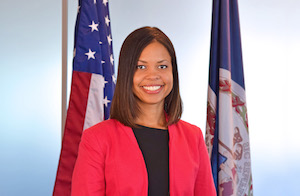 She will be responsible for planning and project management for multimodal transit service, high-capacity corridor expansion activities and fixed guideway improvements, according to an HRT press release.

Jackson also will coordinate HRT's activities with federal, state and local governments and other agencies to secure guidance approvals through the planning, design and implementation processes. In addition, she'll work with the Norfolk, Va.-based agency's senior executive team to secure funding.

"We are very pleased to have Ms. Jackson come on board to actively advance studies for the extension of high capacity transit," said William Harrell, president and chief executive officer of HRT. "Her transit background and project management experience are exactly what Hampton Roads Transit needs in order to assist in the development of a regional plan for a multimodal transportation system."

HRT is exploring a 3.5-mile light-rail extension to Virginia Beach, Va. Earlier this month, the agency estimated the project's cost at $243 million.