GoTriangle CEO Mann to step down 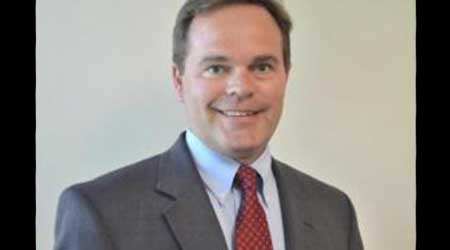 Mann, who led the agency's efforts to build the now-defunct Durham-Orange light-rail project, joined the agency in 2015.

Mann is departing "to pursue other opportunities and spend more time with his family after an intense 18 months occupied quite a bit of his time," Reckhow said in a memo to GoTriangle staff.

For the past four years, Mann served as a "strong leader through some challenging situations," she said.

"Under Jeff’s leadership, GoTriangle secured a federal grant for the first regional electric buses and a $20 million BUILD grant for the Raleigh Union Station Bus project. We’ve seen a significant increase in bus service, the commuter-rail project has advanced into the next study phase and GoTriangle has strengthened its community involvement, including hosting two major hurricane relief bus efforts," Reckhow said.

Although the proposed light-rail project did not move forward, Mann led the GoTriangle team by working tirelessly in an effort to make the project a success, she added.

In March, the board discontinued the $2.7 billion Durham-Orange light-rail project following Duke University's refusal in February to sign a cooperative agreement that would have allowed the project to proceed.

"Through the good times and the tough ones, Jeff and his team have worked closely and diligently with our board. We sincerely appreciate all of his hard work, his leadership and his dedication to a shared regional vision for transit," Reckhow said.

GoTriangle General Counsel Shelley Blake will serve as interim president and CEO starting Aug. 1 while the agency searches for a permanent replacement.

"Jeff has also agreed to stay with GoTriangle in a supporting role until Aug. 31 to help provide a smooth transition," Reckhow said.