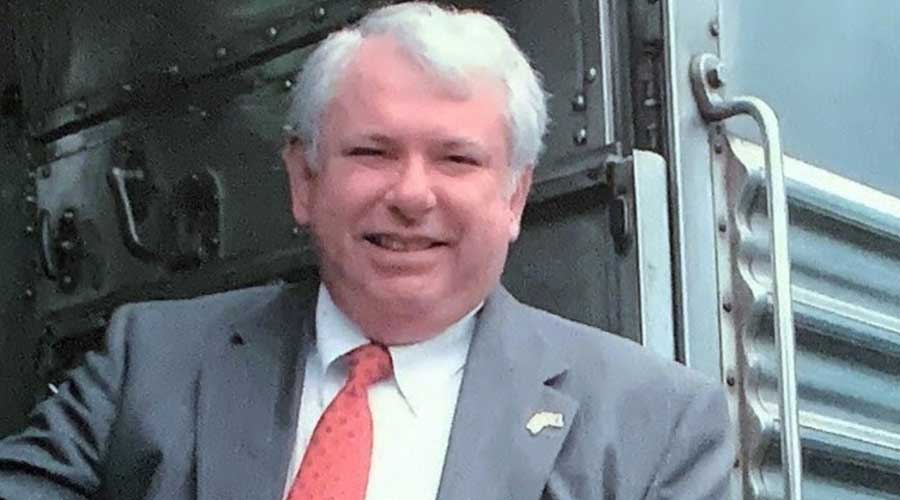 Steve Gedney, a longtime railroad executive who retired from the Gulf & Ohio Railway in June, died on Nov. 22, the American Short Line and Regional Railroad Association (ASLRRA) announced. He was 76.

Gedney began his transportation career with the Virginia Department of Transportation, where he was involved in long-range planning, systems management and the coordination of air, highway, port and rail facilities.

In the 1980s, Gedney became chief executive officer of the Eastern Shore Railroad. During that same time, he was also named chairman of the local economic development commission. The Virginia Department of Commerce recognized him as "Developer of the Year" for the Tidewater Region in 1989.

“Steve Gedney thoroughly understood the value of service to customers of a short line,” said Pete Claussen, chairman of Gulf & Ohio Railways, in a press release. “While the Springs Co. built the Lancaster & Chester the first time, it can truly be said that Steve built it the second time.”

In addition, he was one of the longest serving members of the ASLRRA's board, and also served as a member of its legislative policy committee.

"The truth is that associations like the ASLRRA can only thrive with the constant and varied contributions of people like Steve — he gave his time and energy constantly and shared his love of the industry and its people freely," Baker said.

Gedney's survivors include his son Matt, who is chief business development officer for the Gulf & Ohio and is the VP of industrial development for the Lancaster & Chester.

Services were held yesterday in Fort Lawn, South Carolina. Memorials may be made to the Prostate Cancer Foundation.