In the role, he'll oversee the project while focusing on aspects such as system planning, technical analysis and community outreach, city spokesman Austin Finan said in an email. 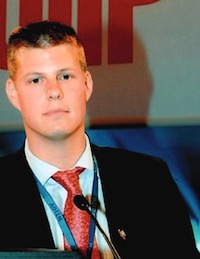 From 2006 to 2010, Giambrone chaired the Toronto Transit Commission (TTC), where he pushed for a plan to build a network of new streetcar routes in Toronto, according to CBC News. Most elements of the plan were later scrapped when Rob Ford was elected mayor in 2010.

"The BQX will be the first streetcar to ply New York City streets in roughly 70 years, and having someone with hands-on experience from North America's largest streetcar system will be valuable as we undertake the project," Finan said.

Funding for the $2.5 billion, 16-mile BQX project has not yet been secured. During his "State of the City" address in February, de Blasio unveiled his plan to build the streetcar.