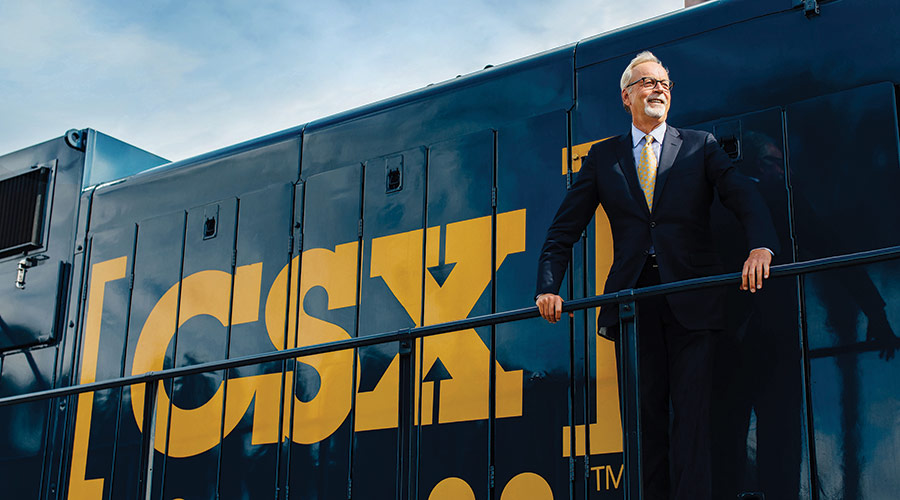 This morning, CSX President and Chief Executive Officer James Foote received the 2020 Railroad Innovator Award in recognition of his outstanding achievement in the rail industry.

Foote will be presented the award during today's session of the 2020 RailTrends® conference, which is being held virtually.

"In doing many of the things Jim said he would do, he has led CSX past PSR 1.0 into 2.0, what I call the Post-Hunter Railroad, or PHR," says independent transportation analyst Tony Hatch, who is program consultant for the annual RailTrends conference. "While he follows some great rail leaders, it is Jim who has finally taken CSX to industry leadership."

To learn more about Foote and his career, read Progressive Railroading Editor Pat Foran's profile of him in the magazine's November issue.

Presented by Hatch and Progressive Railroading, RailTrends features the perspectives of senior executives from Class Is, regionals and short lines during two days of sessions.