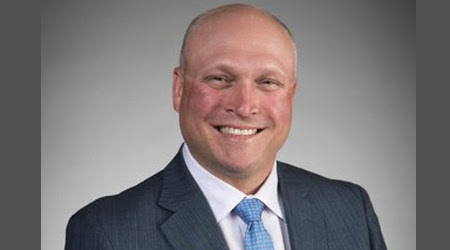 Brooks will oversee CP's business units and lead sales and marketing professionals across North America. In addition, he will be responsible for strengthening partnerships with existing customers, generating new growth opportunities, enhancing the value of CP's service offerings and developing strategies to optimize the book of business, according to a CP press release.

"Over the last four years, we have made operational improvements that have benefited our customers," said Brooks. "This is an exciting time to be leading this important function within the company, selling the value of our service."

Brooks began his railroad career 20 years ago with Union Pacific Railroad. He later helped start I&M Rail Link LLC, which was purchased by the Dakota, Minnesota and Eastern Railroad (DM&E) in 2002. Brooks was VP of marketing at DM&E prior to it being acquired by CP in 2007.

Browning started his rail career with Illinois Central in 1989, and since then has held senior marketing and operations roles. Since joining CP in 2013, he has played an "integral role in enhancing CP's merchandise and bulk portfolios while building relationships with key customers," CP officials said.

"As CP moves into the next phase of its impressive turnaround, it is time to focus on further strengthening our customer base and growing the top line," said CP President and Chief Executive Officer Keith Creel. "We are confident that John and his talented team can leverage our superior operating model, diversify our book of business and deliver for our customers and shareholders."