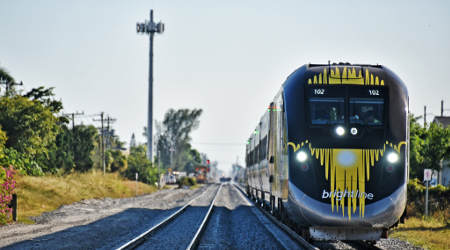 Schappert previously served as marketing and sales business solutions officer at Amtrak, while Swiatek has more than 25 years of experience in international corporate finance, strategy and business development. Swiatek previously worked at AIG.

Before Bhandari joined Brightline, he was chief executive officer and cofounder of LodgIQ, a technology startup that develops revenue management software.

"Brightline is putting together an accomplished team of senior leaders that will help us continue to solve transportation issues in Florida and beyond," said Patrick Goddard, Brightline's president and chief operating officer, in a press release. "Each of these executives offer tremendous experience, unique perspective and have bold ideas that will move us forward."