BRS taps Elvey as VP of railroad adjustment board 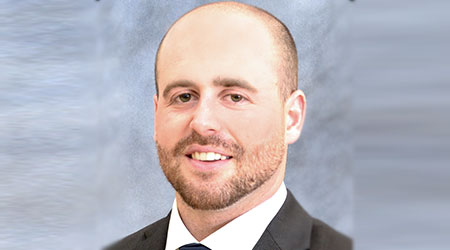 The Brotherhood of Railroad Signalmen (BRS) on Monday elected Brandon Elvey vice president-National Railroad Adjustment Board to fill the position vacated by Johnathan Bragg, who resigned to become a U.S. Railroad Retirement Board (RRB) member.

Elvey joined the BRS' Grand Lodge in 2016. As a Grand Lodge representative, he has been assigned to handle all facets of dispute resolution in the arbitration department. Elvey also acted as subject matter expert at National Transportation Safety Board rail accident investigations, developed curriculum for a nationwide signal training consortium, and represented the union on councils and committees, BRS officials said in a press release.

As director of research, Elvey monitored regulatory and safety issues, and worked alongside the national legislative representative on legislative issues affecting the signal craft, they said. Before joining the Grand Lodge, he was an active member of BRS Local 48, where he served as recording secretary and local chairman.

Elvey began his railroad career in 2012 as a signal helper in Amtrak's Mid-Atlantic South Division. He later became a signal maintainer, then a gang maintainer in Baltimore.

President Donald Trump earlier this year appointed Erhard Chorle chairman, Thomas Jayne the carrier member and Bragg the labor member of the RRB. They each were sworn in Feb. 4.