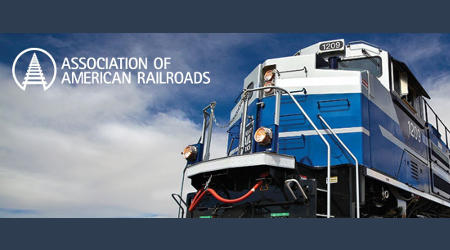 The Association of American Railroads (AAR) has chosen Matt Williamson, manager of environmental and industry safety for CSX Corp., to receive the 2017 Professional Environmental Excellence Award.

The award recognizes an individual who has demonstrated outstanding performance in environmental awareness and responsibility during the year. Considered the highest honor for environmental professionals in the rail industry, the award was presented to Williamson at the annual Railroad Environmental Conference at the University of Illinois at Urbana-Champaign.

"The industry's excellent track record on environmental stewardship continues to improve and meet the challenge of protecting and preserving our environment for years to come," said AAR President and Chief Executive Officer Edward Hamberger in a press release. "Railroading is greener, cleaner, and more efficient than ever thanks to innovative, dedicated work by employees like Matt."

At CSX, Williamson has advanced sustainability and established best practices that protect both workers and the environment, AAR officials said. During his seven years with the Class I, Williamson led the charge on projects that have reduced the railroad's carbon footprint.

In his role role overseeing environmental compliance at CSX's largest locomotive shop in Huntington, West Virginia, Williamson developed a plan that addressed maintenance issues and protected the environment through capturing and recycling oil. The plan is now being applied throughout the CSX rail network.