STM CEO Tremblay to step down 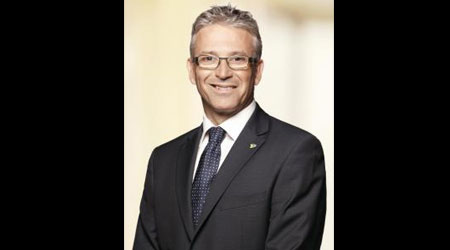 Societe de transport de Montreal (STM) CEO Luc Tremblay has notified the agency’s board that he will not renew his contract, which expires at the end of 2022. He will leave STM on April 2.

Tremblay joined STM in 1994 and held positions at all levels of management, including as treasurer for seven years, prior to becoming CEO in 2014. STM reached an unprecedented operational capacity under his leadership that included the arrival of new Azur trains and improved infrastructure, said STM Chair Eric Alan Caldwell in a press release.

STM is set to play a leading role in reducing greenhouse gas emissions and accomplishing other sustainability initiatives. It also faces major challenges in the future, Tremblay said.

"We are facing not only a health crisis but also the ongoing environmental crisis, for which there is no vaccine. The STM must play a leading role in the fight against greenhouse gases, and it now has many tools at its disposal to spearhead that fight," he  said. "However, it also needs two key elements to unlock its full potential: an overhaul of public transit funding and more effective metropolitan governance."