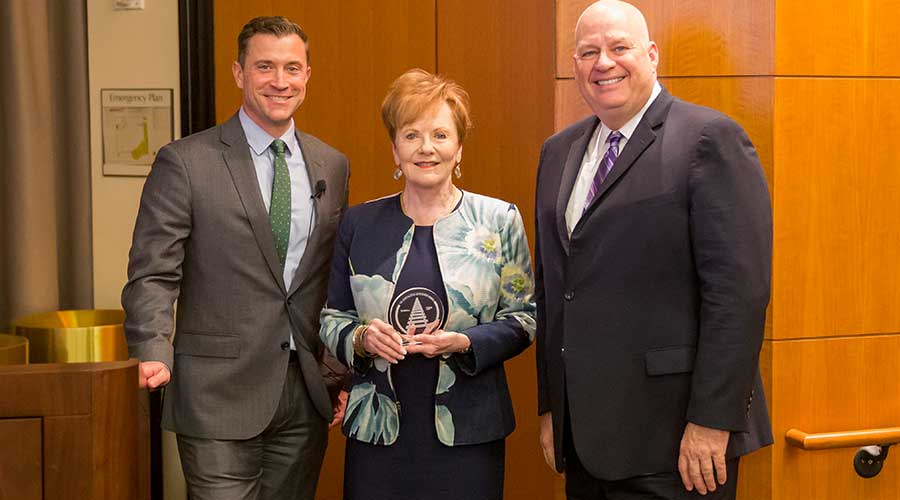 The Association for American Railroads (AAR) and GoRail yesterday honored U.S. Rep. Kay Granger (R-Texas) with the Railroad Achievement Award for her leadership on federal policies that help ensure the health of the U.S. railroad network.

The ranking member of the U.S. House Appropriations Committee, Granger was presented the award yesterday during a visit to BNSF Railway Co.'s national dispatching center in Fort Worth, Texas.

The award is given to members of Congress who have shown leadership on policies that directly and indirectly affect railroads — including highway policy, AAR and GoRail officials said in a press release.

Granger is the first U.S. House member to receive the award — which was created in 2017 — this year.

"Her tireless support of infrastructure improvements, such as Tower 55, enhances the U.S. supply chain by improving rail traffic flow through this region and providing economic opportunity for Fort Worth," Ice said.

Tower 55 is the nation's busiest rail interlocking and is used by more than 100 freight and passenger trains daily, including those operated by BNSF and Union Pacific Railroad. A $114.5 million, multimodal project was completed at the site several years ago to help boost network capacity, improve crossing safety and reduce vehicular traffic delays.