Baugh to chair Manatee County Port Authority for another term 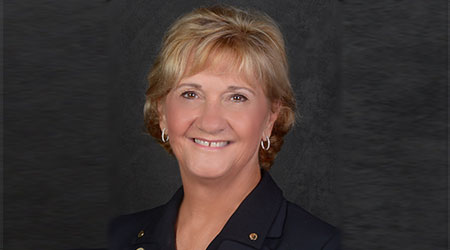 Baugh has served on the Florida port's board since 2012. She was re-elected as chair last week.

The board also welcomed two new members: Reggie Bellamy and Misty Servia, who were elected to the Manatee County Commission in November.

The authority's board consists of the seven members of the elected Manatee County Commission, but with distinctively separate officers and financial accountability, port officials said in a press release. The authority sets policy and oversees major expenditures for Port Manatee.