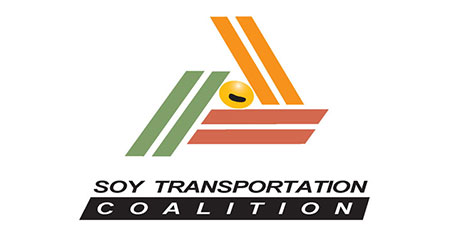 Mike Bellar, a Kansas Soybean Commission director, was elected chairman. Bellar — who raises soybeans, corn, wheat and cattle — served as STC vice chairman from 2017 to 2018 and secretary-treasurer from 2015 to 2016.

Joel Schreurs was elected vice chairman. A soybean and corn farmer from Tyler, Minnesota, Schreurs served as STC secretary-treasurer from 2017 to 2018. He also is a director on the Minnesota Soybean Growers Association and the American Soybean Association.

Jonathan Miller — who raises soybeans, corn and wheat in Island, Kentucky — was elected secretary-treasurer. He also is a director on the Kentucky Soybean Board.

"The newly elected officers of the Soy Transportation Coalition board will continue our legacy of having effective and innovative farmer leadership," said STC Executive Director Mike Steenhoek in a press release.

Established in 2007, the STC comprises 13 state soybean boards, the American Soybean Association and the United Soybean Board. The organization's aim is to position the soybean industry "to benefit from a transportation system that delivers cost effective, reliable, and competitive service," according to the coalition.