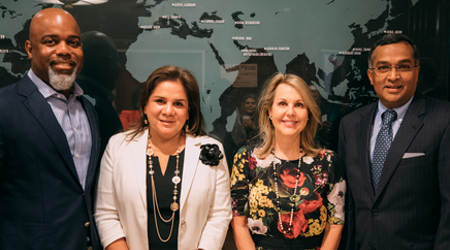 The Metropolitan Transit Authority of Harris County, Texas (METRO) recently approved the appointment of Teresa Morales to its board. She was nominated for the board appointment by Houston Mayor Sylvester Turner.

Morales replaces Christof Spieler, whose term expired earlier this year. He played an instrumental role in the development of the agency's redesigned local bus network and other transit improvements, METRO officials said in a press release.

Morales serves as senior vice president of Amegy Bank in its corporate banking division. Her community activities include serving on the board of the American Leadership Forum's Houston/Gulf Coast chapter.

METRO also announced that Chair Carrin Patman and board members Lex Frieden, Troi Taylor and Sanjay Ramabhadran were reappointed. The terms for Morales and the four reappointed members expire in 2020.