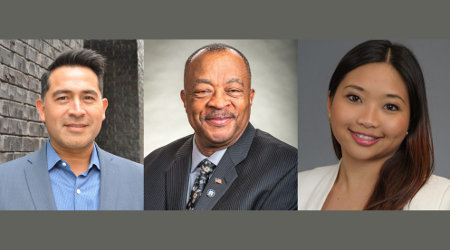 The Oregon Senate has confirmed three new board members for the Tri-County Metropolitan Transportation District of Oregon (TriMet).

Osvaldo Gonzalez was chosen to represent TriMet's second district, which spans portions of north, northwest and southwest Portland. Through his role at CH2M, Gonzalez has worked on the agency's capital projects and provided professional design services.

Keith Edwards was selected to represent TriMet's fifth district, which covers portions of north and northeast Portland. Since October 2014, he has served as president of the International Electrical Workers Minority Caucus.

Kathy Wai was appointed to represent TriMet's seventh district in Clackamas County. She has worked for community-based organizations for more than a decade and has expertise in community engagement and policy advocacy. She currently serves as field director for the Asian Pacific American Network of Oregon.

The new board members' terms will expire in May 2022.