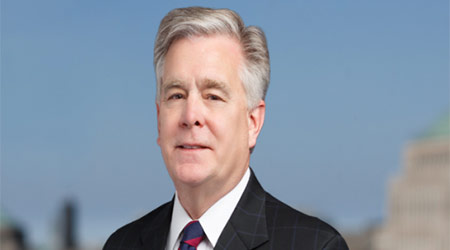 "For almost 40 years, Scott Carey was at the forefront of transportation and railroad liability claims," said Kevin Burrin, chairman of the award nominating committee. "He was a guiding force in his law firm, BatesCarey LLP, one of the most prestigious and highly regarded transportation coverage firms in the nation. He wrote or edited much of the policy language used by the railroad industry, ensuring his legacy will continue for many years."

The David W. Fries Award is sponsored by RIMA, an association of railroad risk managers that is overseen by a board of elected officers from the rail industry and administered by the AAR.

The award was established in honor of the late David Fries, who served as director of risk management for Norfolk Southern Railway and was a past president and officer of RIMA.