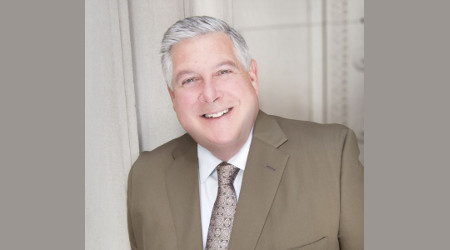 The award is given to an individual who has made significant contributions at the local level to public transportation through policy, legislative initiative and leadership.

"Kirk Dillard is a strong advocate and committed leader for public transportation who is most deserving of APTA's 2017 Local Distinguished Service Award," said APTA Acting President and Chief Executive Officer Richard White in a press release. "First as a state senator and now as the RTA chairman, Dillard has been instrumental in advancing public transportation in the Chicago metro area and on the national level."

Before he became RTA chairman in 2014, Dillard served as a Republican senator in the Illinois State Senate for nearly two decades. During that time he was known to work across the aisle to build consensus, APTA officials said.

As state senator, Dillard served on the transportation committee and was a supporter of public transportation. He also was a sponsor of Illinois' Railroad Safety Initiatives program, which resulted in a significant drop in grade crossing fatalities.

Dillard will receive the award at APTA's annual meeting Oct. 10 in Atlanta.