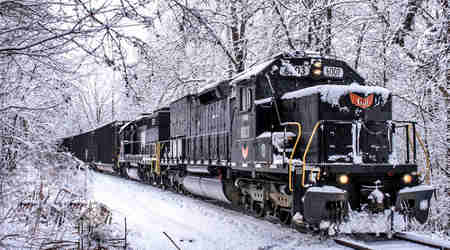 Gulf & Ohio Railways Inc. has hired Michael Wester as vice president of strategic planning and as director of purchasing and logistics at Knoxville Locomotive Works Inc. He began his new duties Jan. 2.

Wester has more than 30 years of executive experience in the railroad industry. Previously, he served as president of R. J. Corman Railroad Co., overseeing the company's short line, switching and Railpower Locomotives divisions. He has also worked as a division superintendent with Norfolk Southern Railway.

In his new role, Davis is responsible for planning and supporting strategic initiatives, managing day-to-day operations, and oversight and management of TNW's operating companies, according to a company press release.

Davis has extensive experience in the short-line industry and has served as a senior management executive at a variety of railways and private companies. He joins TNW after serving as CEO for the New Orleans Public Belt Railway. Davis' prior positions also include executive vice president and COO at the South Carolina Public Railway and terminal trainmaster for CSX.