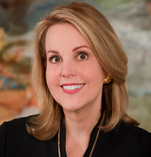 She has practiced trial law at Bracewell LLP for more than three decades, where she has handled all types of commercial litigation. She previously served as a METRO board member from April 2010 until December 2013.

Patman is the first woman elected to lead the agency's board.

Meanwhile, Lex Frieden and Troi Taylor also were added to METRO's board.