Cleveland RTA's Calabrese named a 'public official of the year'

Joe Calabrese, chief executive officer and general manager of the Greater Cleveland Regional Transit Authority (GCRTA), has been named one of nine "Public Officials of the Year" by Governing magazine.

Now in its 24th year, the magazine's awards program honors outstanding leaders in state and local government "who exemplify the ideals of public service," GCRTA officials said in a press release.

Calabrese is the only transit leader to receive the honor this year. 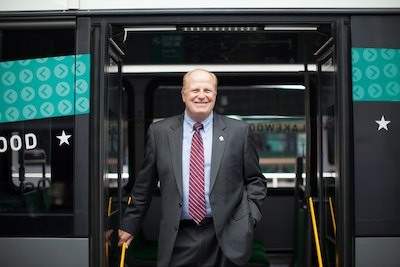 "Joe Calabrese has become one of the most credible voices in the public transportation industry," wrote U.S. Sen. Sherrod Brown (D-Ohio) in nominating Calabrese for the award. "That’s why his expertise has been called upon at every level, including congressional hearings, as he encourages national energy security, promotes environmental initiatives, and advocates for increases in transit funding."

As CEO, Calabrese oversees the agency's heavy- and light-rail lines, along with its buses and downtown trolleys.