Mike Paras, a longtime general manager for the Belt Railway Co. of Chicago (BRC) and renowned freight-rail expert in the Windy City, died July 30. He was 61.

Paras had served the BRC as GM of transportation for the past decade. During his 43-year railroad career, he also held various positions at the Denver & Rio Grande Western Railroad — such as trainman, yardmaster and trainmaster — and at Southern Pacific/Union Pacific Railroad, including service unit superintendent and GM of safety initiatives. 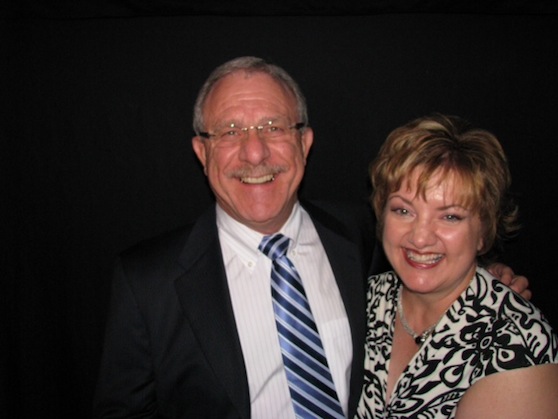 Mike Paras (at left) was known for his jovial demeanor and constant smile. Belt Railway Co. of Chicago

A native of Price, Utah, he graduated from the University of Utah in 1977 with a bachelor of science degree in finance and business management.

During his BRC career, Paras assumed an active role in rail traffic coordination efforts in Chicago and in the Chicago Region Environmental and Transportation Efficiency, or CREATE, Program, helping to better coordinate freight-rail traffic in the city.

“He became a household name, if you will, at each Class I, and was well known to many people,” says Ron Batory, president and chief operating officer of Conrail, and a former BRC president who met Paras in 1990. “He always found ways to do what was right for all [railroads].”

The BRC family mourns the loss of Paras, who will be “greatly, greatly missed,” says BRC President Pat O’Brien.

“Mike was the most passionate and dedicated railroader I have ever known. His knowledge of the rail industry was all-encompassing and his desire to share his expertise with all was truly inspirational,” says O’Brien. “Plus, he was a wonderful guy.”

Paras served as a board member for the American Association of Railroad Superintendents — he won the association’s Operations Leadership Award in 2013 — and made a number of leadership and rail presentations at the universities of Michigan State and Wisconsin. He was charismatic and upbeat — it didn’t matter if he was speaking to a student, a peer or a higher authority, “he was always Mike Paras,” says Batory.

“He could captivate attention. People listened and understood what he was conveying because of his demeanor. He always had a smile,” says Batory.

Learner and teacher
A “railroader’s railroader,” Paras also was very good at establishing and maintaining relationships because of his integrity and knowledge, which he continued to garner throughout his life, he says.

“Everything he learned, he shared,” says Batory.

During his career, Paras also chaired the American Short Line and Regional Railroad Association’s (ASLRRA) Technology Committee and was a frequent speaker at the association’s events. His voice became quite passionate for the short-line industry, said ASLRRA President Linda Bauer Darr in a press release.

“His wisdom and leadership will be missed,” she said.

Adds ASLRRA Vice President of Safety and Regulatory Policy Jo Strang, a longtime friend of Paras: “He was one of the most knowledgeable and helpful people around. He lit up every room he was in and his wry wit was unmatched.”

Paras is survived by his wife, Stacey, a son and a daughter.