LRIW's 'Woman of the Year' Anamaria Bonilla focuses on technology, mentoring at Metro-North 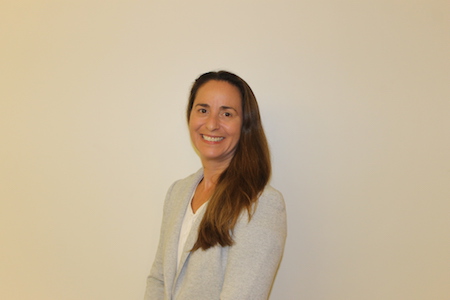 Anamaria Bonilla doesn't wait for solutions to fall into her lap. She actively seeks them out.

In her role as assistant chief engineer of track and structures at MTA Metro-North Railroad, Bonilla led the effort to introduce new bridge and track inspection technology. One way she learns about the latest technological advances is by taking continuing education courses and attending rail conferences. And when her employer wasn't able to cover the cost of attending those conferences, Bonilla paid her own way. For her, the opportunity to network and glean new insights is invaluable.

"You can't solve all of your problems with the same information from year to year, otherwise you're just going to repeat the same mistakes," she says. "You've got to get out there if you really want to improve things."

Her commitment to finding solutions hasn't gone unnoticed. Earlier this month, Bonilla received the League of Railway Industry Women's "Outstanding Woman of The Year" award, which honors women who are making a positive impact on the rail industry.

One accomplishment of note: Bonilla reached out to HNTB Corp. to develop the RailAdvise® bridge management system, which keeps an inventory of all of Metro-North's bridges. The technology, which was the first of its kind at Metro-North, has provided a way for the railroad's employees to access vital data with a few clicks, she says.

"You don't have to ask three different people for the latest inspection report. It's all right there on your desktop," Bonilla adds. "It puts information in everyone at Metro-North's hands so they can help us address problems."

Bonilla also helped increase the number of staffers working on Metro-North's bridges. When she first started, the railroad had one bridge repair crew, but she brought that number to eight. To do that, she worked closely with MTA's long range planning department. She's also lobbied for more money from the capital program for bridge replacement and other rehab projects. 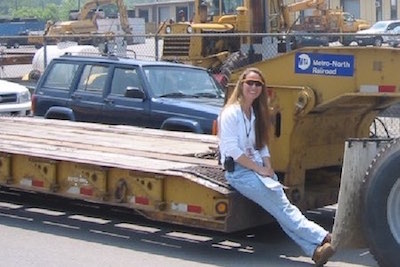 And she continues to forge ahead on the rail-safety technology front. Under her direction, Metro-North is piloting a new monitoring system at four bridges. Developed by Georgetown Rail Equipment Co. subsidiary SENSR, the technology uses accelerometers to detect if a bridge gets struck by a truck. Metro-North staff receive a text or email if the devices pick up a "notable vibration" on a bridge, Bonilla says.

"She puts her fingerprints on these data streams and utilizes them to solve a specific problem that's keeping her up at night," adds Greg Grissom, chief operating officer at Georgetown Rail, which performs annual track inspections for Metro-North. "She drives new functionality and new ideas."

Grissom met Bonilla a decade ago at an Association of American Railroads' annual technology review in Pueblo, Colo. SENSR President Walt Bleser made the introduction.

Bleser became acquainted with Bonilla through a rail bridge design and management course he taught on behalf of the University of Wisconsin-Madison. She demonstrated an eagerness to learn even after the course ended, says Bleser.

"She was one of the only students I've ever had that continued to reach out to me with questions," he says. "She wanted me to connect her with other railroad professionals."

Bonilla continues to connect, whether she's participating in the American Railway Engineering and Maintenance-of-Way Association's committee on steel rail bridges or working with younger employees.

"What makes Anamaria special is the way she directs and mentors her department of engineers and the team of consultants that she oversees," says Metro-North Vice President of Engineering Glen Hayden. "Each and every person that she works with is encouraged by her leadership to develop comprehensive, innovative solutions that maximize safety and utility for our customers, workers and the public at large."

Bonilla says the impulse to mentor others stems from her time at the Cooper Union for the Advancement of Science and Art, where she earned a bachelor's degree in civil engineering. The school placed a strong focus on giving back to the community. For Bonilla, that includes helping out newer employees.

"When you mentor good engineers, you can ensure that the railroad will benefit years in the future," Bonilla says.

Although she's had her share of success as a railroader, Bonilla acknowledges that women still face challenges in the field.

"My father always taught me that I was going to have to be better than any of the guys out there just to get accepted," says Bonilla. "Although I feel that's getting better, women still have to be diligent, speak up for themselves, take credit for the work they do, and make sure they're compensated appropriately."