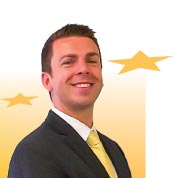 Justin Vonashek has focused his career so far on making Chicago's Metra a safer and better-performing commuter railroad. He is Metra's first director of regulatory compliance.

He represents Metra on the FRA's Rail Safety Advisory Committee, APTA's Passenger Rail Equipment Safety Standards and AAR's Locomotive Committee. He is rolling out a campaign to educate employees on the risks of using electronic devices on duty, and has designed and carried out a safety program for Metra's headquarters building.

Metra hired Vonashek in 2005 after he graduated from the Illinois Institute of Technology. During his tenure, he has served as transportation specialist, corporate trainmaster and manager of schedules and services. He developed an efficiency-test tracking system for Metra's Union Station district; served as the agency's liaison with Union Pacific Railroad and BNSF Railway Co.; put Metra's train schedules on Google Transit; developed the Southwest Line Saturday service; and set up train service for White Sox home games and special events in Chicago, including President Obama's 2008 election-night victory celebration.

"When I think of future leaders in the industry, I think of Justin Vonashek," writes Metra Interim Executive Director/Chief Executive Officer Don Orseno, who nominated Vonashek as a Rising Star. "He is a hard worker and does whatever necessary to successfully complete the job."

"My grandfather was someone I always admired. He taught me about integrity and the importance of putting in a hard day's work."

Obtain a senior-level position in operations at Metra.

"I've lived in Chicago most of my life, but not many people know I was born in Savannah, Ga."

"I have a goal to visit every Major League ballpark at least once. I'm a third of the way there," he says. His favorite ballpark? "Wrigley, of course."