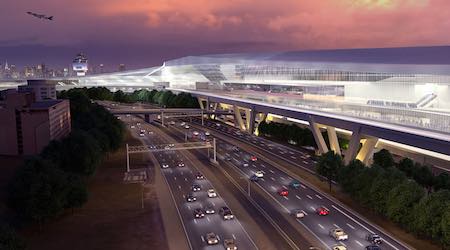 The firm will oversee initial planning for the construction of up to two AirTrain stations at  terminal buildings, as well as construction related to the system's right of way from the airport to Willets Point in Queens. Additionally, WSP Parsons Brinckerhoff will lead preliminary planning work for building another AirTrain station at Willets Point, according to a press release issued by New York Gov. Andrew Cuomo's office.

The preliminary planning work includes analyzing and assessing alignment alternatives, conducting a geotechnical review, creating a conceptual design for both the train right of way and stations, and developing cost estimates for the project. In addition, WSP Parsons Brinckerhoff will conduct a detailed ridership analysis and evaluate public-private partnerships.

The firm's efforts will mark a "major step forward" in advancing the project, which will create a rail link to the airport, the press release stated. LaGuardia is the only major East Coast airport without rail access.

The AirTrain system is expected to accommodate the airport's growing number of passengers.

"With passenger demand expected to reach 34 million annually at LaGuardia by 2030, providing mass transit access to the airport is fundamental to transforming it into a world-class facility that supports future growth, while reducing roadway congestion and resulting emissions," said PANYNJ Executive Director Pat Foye.

PANYNJ in February issued a request for proposals for the system's preliminary engineering and planning work.