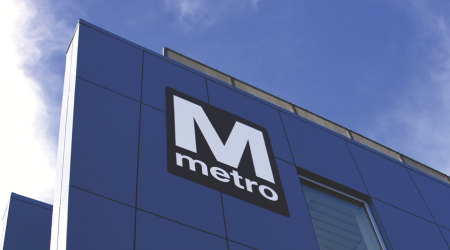 [Editor's note: This story has been clarified to reflect that the timeline for running Yellow Line trains to Greenbelt, Maryland, was moved up to May 25 from an original date in July.]

The Washington Metropolitan Area Transit Authority (WMATA) will begin running all Yellow Line trains to Greenbelt, Maryland, on May 25, more than a month earlier than expected, when the platform improvement project begins at six Yellow and Blue line stations south of Ronald Reagan Washington National Airport.

The service adjustment, originally scheduled to take effect in July, will allow WMATA to provide "more reliable service" between the airport station, downtown Washington, D.C., and points north during the summer shutdown.

"By making this change now, we can better serve our customers impacted by the summer-long closures," said WMATA General Manager Paul Wiedefeld said in a press release. "At the same time, customers on the Yellow and Green lines will benefit from the additional service a bit sooner than expected."

The six Blue and Yellow stations that will be closed May 25 through Sept. 8 for full platform reconstruction and major station improvements are Braddock Road, King St.-Old Town, Eisenhower Avenue, Huntington, Van Dorn Street and Franconia-Springfield.

The station closures are part of WMATA's three-year platform improvement project, which calls for reconstructing the outdoor platforms at 20 rail stations.