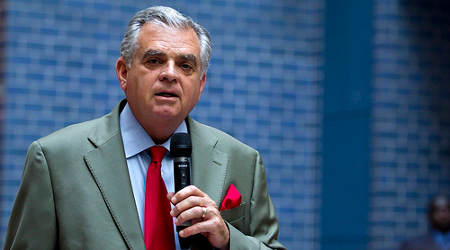 The study is aimed at identifying potential changes to governance and funding, and helping to position WMATA to support growth in the region, according to a press release issued by McAuliffe's office.

Although Virginia is paying for the review, no jurisdiction will control it. In addition, McAuliffe has discussed the plan with Maryland Gov. Larry Hogan and Washington, D.C., Mayor Muriel Bowser.

"We all know WMATA has faced some very serious problems over the past few years, and we need to take a hard look at where we can reform the agency to better support the region’s residents and its economy," said McAuliffe. "I have the utmost confidence in Secretary LaHood and I will support the recommendations that result from this top-to-bottom independent review."

The study includes a review of WMATA's board governance, labor polices and long-term financial stability.

The review team will benchmark WMATA's operating conditions against those of comparable U.S. transit systems. The team will compare key metrics such as cost and expenses, funding levels, maintenance costs and rail safety incidents.

LaHood was transportation secretary under former President Barack Obama from 2009 to 2013. Before that, LaHood served 14 years as a Republican U.S. congressman representing Illinois.