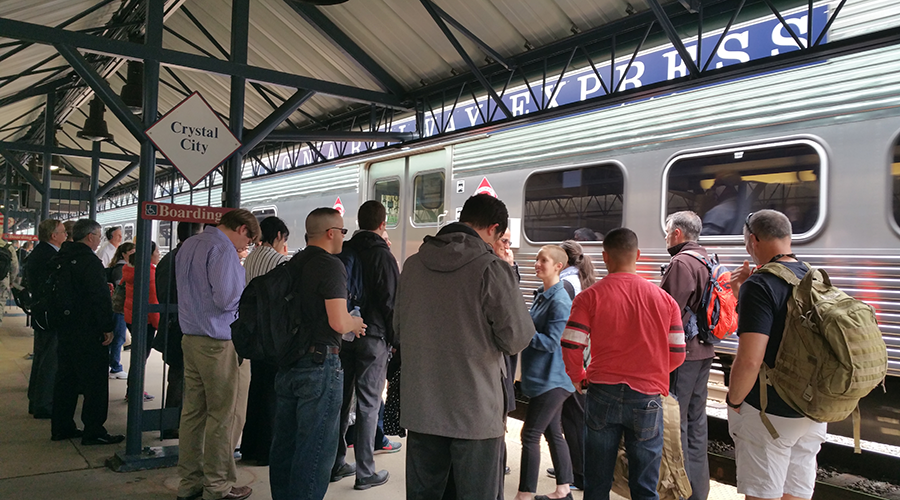 The Virginia Railway Express (VRE) later today will present its latest project updates and six-year capital improvement plan at a joint virtual meeting with other transportation agencies in northern Virginia.

As a participant in the Virginia’s $3.9 billion Transforming Rail in Virginia program, VRE has many station improvements at various levels of implementation.

VRE’s fiscal-year 2022-2027 capital improvements program includes projects at 13 stations, many of which involve platform extensions to handle longer trains, according to VRE's meeting presentation published on the railroad's website.

Currently, VRE is in the preliminary engineering phase for the $50 million project to expand and improve access of the Crystal City Station and related track modifications in Arlington County. The station will accommodate boarding of two full-length trains when complete in 2024. Construction is expected to begin in late 2022.

VRE is in the final design phase of the $13 million, Franconia-Springfield Station improvement project, which will extend the platform to accommodate up to eight-car train consists. Construction will begin in March 2021 and conclude in late June 2023.

The commuter railroad is also in the preliminary engineering phase of its $137.2 million project to increase the capacity of a rail-car maintenance and storage facility near the Broad Run Station. The station will also be expanded. As part of that project, VRE will construct a third main track adjacent to the existing Norfolk Southern Railway tracks between the Broad Run complex and Manassas Station to capacity in the rail corridor.