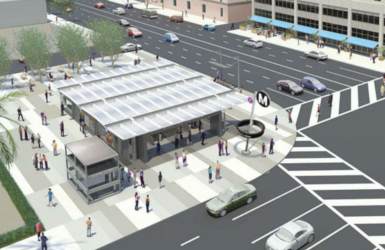 Tutor Perini Corp. has been contracted to construct two large transit projects this year on the West and East coasts.

The company also is building tunnels and related systems that will connect to the new stations at Westwood/UCLA and Westwood/Veterans Administration Hospital, a contract which was awarded last year.

The Purple Line Extension Section 3 Stations project will begin official construction in 2019, and is anticipated to be open for operation in 2026, according to Metro's website.

The second contract is for a $253 million project from MTA New York City Transit to complete a signal system overlay on the Culver Line between West 8th Street and Church Avenue in Brooklyn as part of the Culver Line communications-based train control project. The project will include modernization of the Avenue X and Ditmas Avenue interlockings and trackwork, and construction of three relay room buildings.

Tutor Perini’s electrical subsidiary, Five Star Electric, will perform a significant portion of the work on this project under a subcontract.

Work is expected to commence in the first quarter of 2019, with anticipated competition by mid-2022.