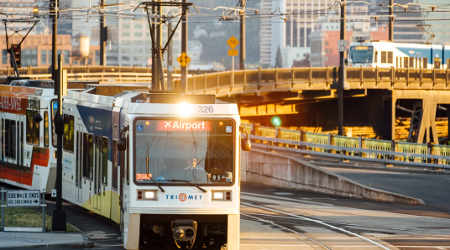 The proposal details $710.1 million for the agency's overall operating expenses, along with $274.2 million for TriMet's capital improvement program.

The FY2019 budget includes funds for station renovations along the MAX Blue Line, as well as elevator replacements at stations. The agency also has budgeted for continuing the design and environmental analysis for the MAX Red Line expansion to Hillsboro, Oregon.

In addition, the budget includes $1.7 million toward the $14.2 million cost of implementing positive train control on the WES commuter-rail service.

The FY2019 budget proposal would increase TriMet's safety and security division budget by more than 13 percent to $30.2 million. The security budget includes a contract with Portland Patrol Inc. that will add up to 30 transit peace officers to provide additional security presence.

In late May, TriMet's board is scheduled to adopt the budget in late May. The new budget year begins July 1.