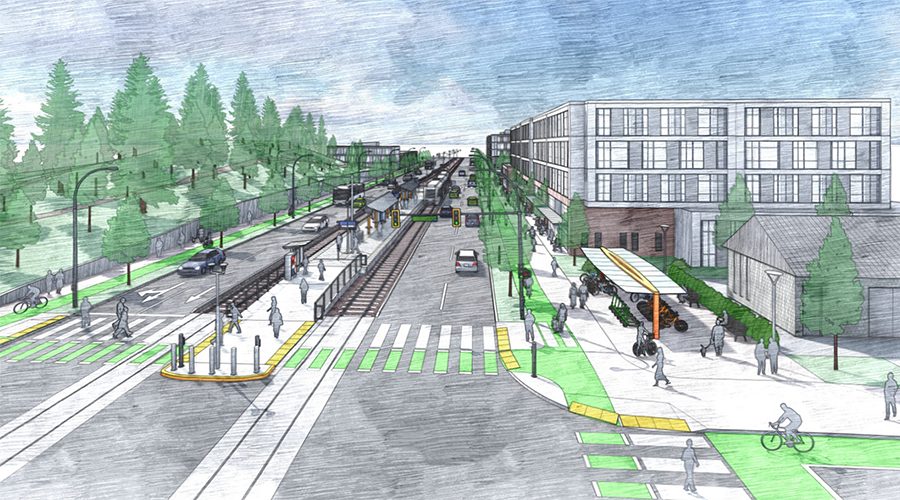 If proposed Measure 26-218 — Get Moving 2020 — is passed in the Portland Metro District in November, the Southwest Corridor project would receive $975 million. The proposed measure would be funded by a tax on certain employers of up to .75% of payroll, TriMet officials said in a press release.

If funded, the Southwest Corridor Light-Rail Project would include construction of 13 light-rail stations, four light-rail bridges, 10 miles of sidewalks, 6 miles of bike facilities, marked crosswalks, and reconstruction of two viaducts.

If the measure does not pass, the tax would not be imposed and all aspects of the Southwest Corridor project would not move forward, agency officials said.

The proposed project is in the design phase. No engineering or construction work has begun.