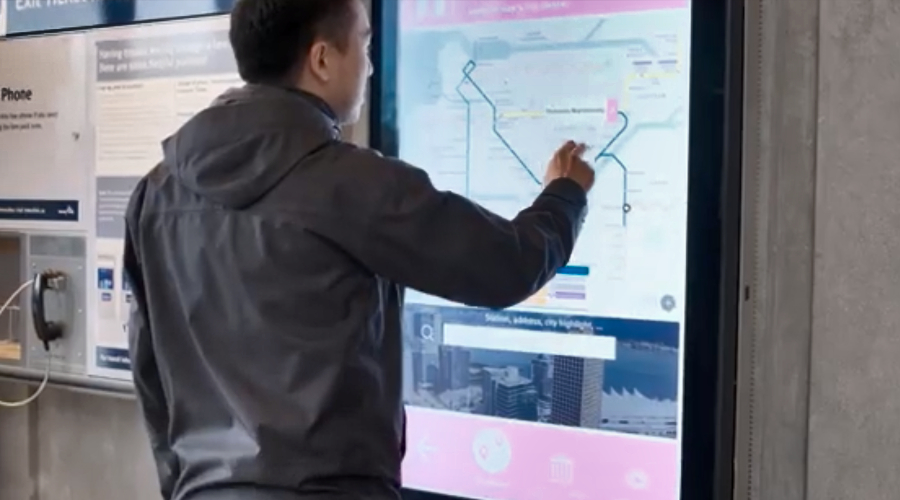 More than 50 of kiosks are set to be installed around TransLink’s network, including SkyTrain stations on the Expo and Millennium lines, West Coast Express stations and park and ride locations, according to a TransLink press release.

The kiosks include trip-planning features, live transit schedules, network update alerts and emergency notifications. in the event of a serious emergency, TransLink can take over the entire screen and use the device to alert commuters of delays.

TransLink’s advertising licensee Lamar covers the costs of purchasing, installing and maintaining the kiosks in exchange for displaying advertising when the screen is not being used by customers.

Additional kiosks will be rolled out during the rest of 2019 and into the start of 2020.