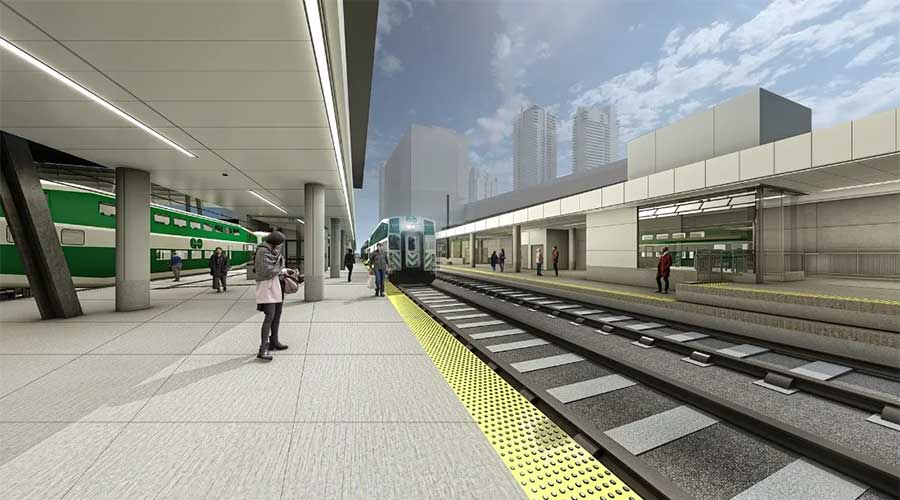 Construction at Union Station in Toronto is underway, Metrolinx announced this week.

The Union Station enhancement project is preparing the station, which serves as the region's transportation hub, for increased Metrolinx GO service levels as part of the overall GO Expansion program, transit agency officials said in a blog post.

In May, crews relocated the electrical power room without service interruptions. The room needed to be relocated so that excavation work within the southernmost part of the rail corridor could be safely completed. Crews are also removing ceilings and relocating cables south of the VIA Rail Canada Inc. concourse to make way for the excavation plans.

Also, crews are demolishing existing canopies across three GO platforms and will be finished later this summer. Those platforms will be demolished in fall, to be replaced by new platforms as part of the expansion.