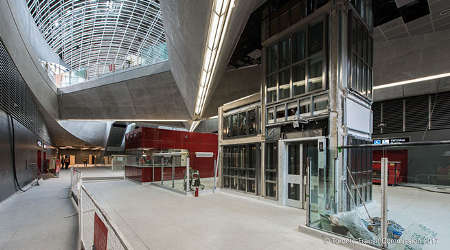 The Toronto Transit Commission (TTC) on Sunday entered the final stages of testing for its Line 1 subway extension.

Trains offload riders at the line's current terminus at the Sheppard West Station and then continue north to simulate service along the 5.3-mile extension, agency officials said in a press release. Trains then return south.

The "ghost service" testing phase will continue until full service starts Dec. 17. TTC operators will use the next three weeks to become familiar with the extension and its new features, including a new automatic train control system.

Known as the Toronto-York Spadina Subway Extension, the new line runs from the Sheppard West Station in Toronto to the Vaughan Metropolitan Centre Station in Vaughan, Ontario. The extension includes six stations equipped with the TTC's Presto fare payment system.

The CA$3.18 billion project is being jointly funded by the government of Canada, province of Ontario, city of Toronto and the regional municipality of York.