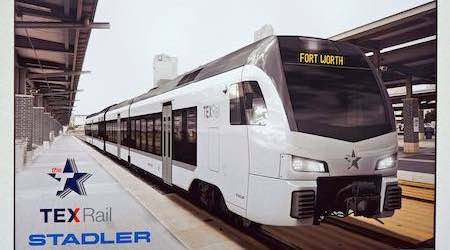 The Federal Transit Administration (FTA) yesterday announced a $499.4 million federal grant agreement with the Fort Worth Transportation Authority (FWTA) to build the TEX Rail commuter line, which will run between downtown Fort Worth and Dallas/Fort Worth International Airport.

The 26.8-mile line also will serve the city of Grapevine, Texas, and provide connections to other area transportation systems, such as Dallas Area Rapid Transit, Amtrak, Trinity Railway Express and the FWTA bus system.

The total cost of the project is $1.034 billion; local funds will cover the remainder beyond the FTA grant.

The federal funds were issued as part of the Capital Investment Grant program, which is the primary U.S. grant program for funding major transit capital investments, FTA officials said in a press release.

"As the population along the TEX Rail corridor continues to increase in the coming years, this commuter-rail line will offer residents a much-needed alternative to sitting in traffic," said FTA Acting Administrator Carolyn Flowers.

In June, the FTA awarded a "letter of no prejudice" for the TEX Rail project, which allowed FWTA to kick off construction and begin spending local funds.